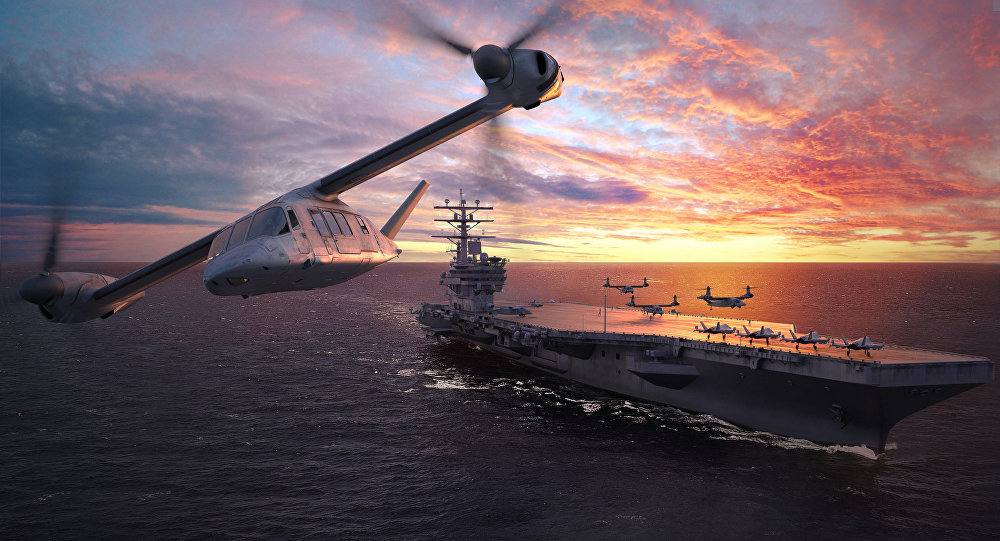 The V-280 will soon take its first "airplane mode" flight, according to a report by Aviation Week. Tilt rotors are aircraft that have two engines at the tips of their wings and can perform a vertical takeoff, like a helicopter, and then rotate their rotors in mid-flight so they can fly just like a regular plane.

© Photo : Bell Helicopter
WATCH: V-280 Valor Tilt-Rotor Aircraft Reaches 80 Knots in Flight Tests
The V-280 Valor had its maiden flight in February, demonstrating an ability to hover in place, perform basic hovering maneuvers and fly with its rotors up (like a helicopter) at a speed of 80 knots.

Tilt rotor aircraft, like many other vehicles that combine features of different types of machines, have their share of problems. For example, they become terribly unstable during the shift from "helicopter mode" to "airplane mode," a maneuver that makes the machines tricky to control.

Designed to fly twice as fast as a conventional helicopter, the V-280 was developed as part of the Future Vertical Lift (FVL) program to create a new generation of tilt-rotor airframes for the US military.

Bell originally presented the Valor in 2013 and the vehicle started its first ground tests in 2017. The aircraft is expected to fly at 519 km/h to a distance of up to 1,500 km, Aviation Week reports.

The US military currently operates one tilt-rotor aircraft, the V-22 Osprey, also built by Bell, which first flew in 1989 but only entered service in 2007 due to repeated accidents and equipment failures.