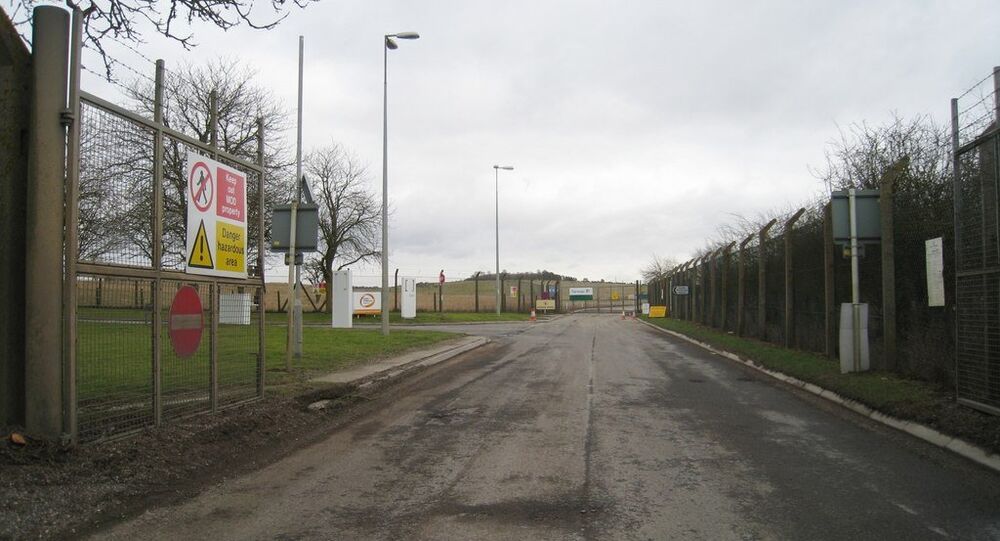 Britain’s opposition Laborites say that on the watch of the Conservative government, staff morale at the country’s secretive defense laboratory Porton Down “is falling as fast as their budgets are.”

According to the results of an internal civil service staff survey, the employees of the Defense Science and Technology Laboratory (DSTL) at Porton Down, the oldest chemical warfare research facility in the world, complain about low pay and have little confidence in their leadership.

“Even this world-leading laboratory is being undermined by the government’s refusal to invest in our services, with millions of pounds and hundreds of staff axed under the Tories,” Labor MP Stephanie Peacock told The Independent.

A mere 26 of Porton Down’s employees said that they had confidence in their superiors’ decisions.

Only 22 percent said they were happy with their pay, while just 15 described it as “reasonable” compared to what their colleagues s elsewhere were getting.

© AP Photo / Matt Dunham
Porton Down Lab Was Unable to Prove Novichok Used to Poison Skripal Was From Russia - Reports
The Porton Down lab has been at the center of Britain’s ongoing probe into the use of a weapons-grade nerve agent, which London claims was produced in Russia, with Moscow strongly denying the claims.

According to Russian Ambassador to the UK Alexander Yakovenko, a poisonous substance dubbed “Novichok” had never been produced in Russia, while the country's chemical weapons' stockpile was completely destroyed by 2017.

Lavrov on Claims Novichok Made in Saratov: UK Trying to Confirm Its Stance