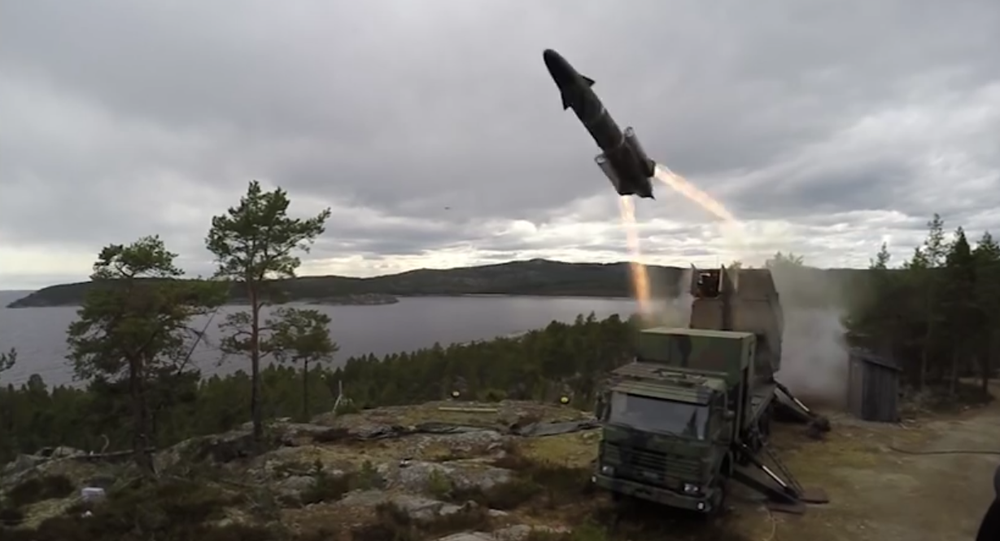 A local defense expert has called the leakage of the data on "one of Sweden's main attack weapons" "injurious to the security of the country," venturing that the incident could have major consequences that undermine the nation's safety.

Secret data about the Swedish missile system has been made available to the public after a leakage at the Military Archives of Sweden, the daily newspaper Aftonbladet reported after the data surfaced on a Russian web forum.

The leakage was first observed at the beginning of 2017, when the Swedish Armed Forces discovered a number of classified documents available to the public on a website with military-historical content. The Swedish security police SÄPO was alerted, and soon it became apparent that the same documents had also been published on a Russian web forum.

The man who first released the content on the Swedish website was later found to be a frequent visitor to the War Archive in Stockholm.

According to the routine, the documents in questions should only be made accessible in a particular library room under strict supervision and confidentiality checks.

An archive employee however, was found to have ignored the "classified" prescription by allowing the visitor to photograph hundreds of pages of top secret data with his mobile phone. SÄPO's preliminary investigation found that some of the data involves a missile system still in use and is therefore significant for the security of the Nordic country.

"The documents detail the functionality and the abilities of a missile system still used by the Air Force and the Navy," SÄPO's preliminary investigation concluded.

According to Aftonbladet, a large part of the data in question revolves around Robotsystem 15, developed in the 1980s by Saab Bofors Dynamics and still largely in use in a number of countries outside Sweden, including Algeria, Finland, Germany and Poland. The leaked data reveals, among other things, the speeds, the angles and the loads the missile can handle.

The man, who is no longer employed by the archives, came to be suspected of negligence. Judging from the interrogations, he did not realize the implications of his actions.

Johan Wiktorin, executive director at PwC and one of Sweden's most respectable security experts, familiarized himself with parts of the preliminary investigation and has called the leak serious.

"Knowing the parameters of a weapon system, or whatever it may be, gives one the possibility of developing countermeasures and tactics that can achieve very big results in a battle. Therefore, it is important to conceal the performance of weapons," Wiktorin said. "Should this data be turned over to a foreign power, which we can safely assume, it has great consequences for our security, they will get to know how the system works," he added.

The former archive employee has been charged with gross negligence. The visitor who published the data was not suspected of having committed any crimes. The classified material, including that on Robotsystem 15, has been available on the internet since September 2016. The Russian web forum in question is run by a Russian company that develops flight simulators.