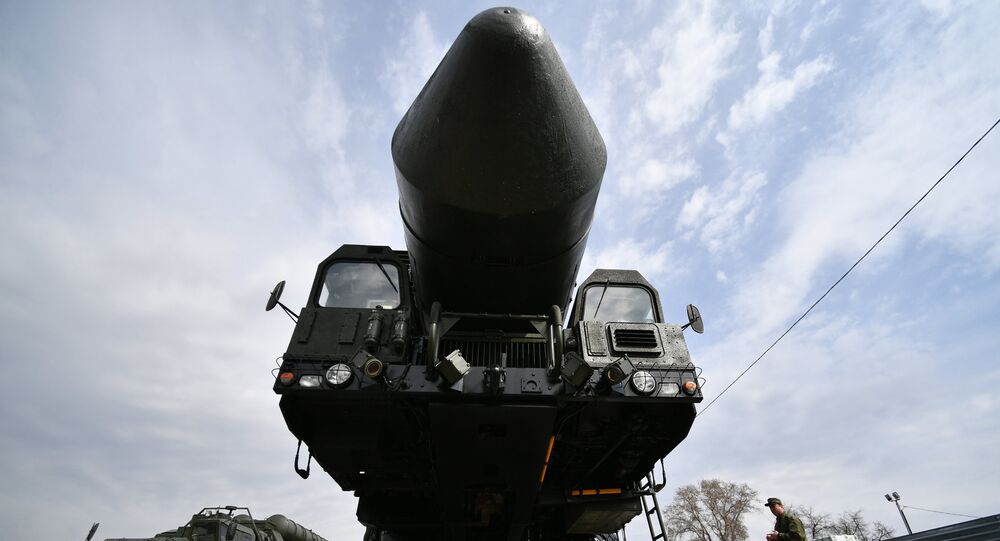 A nuclear security expert believes that the Soviet Union's old Dead Hand automatic nuclear-control system is still operational and is even being upgraded by Russia. His remarks sparked a furor among the country's tabloids, still reeling from the scandal over the poisoning of a Russian ex-spy.

Speaking to the Daily Star, Princeton academic and former US Air Force nuclear launch officer Bruce Blair laid out the principles of Dead Hand's "fully automatic" operation, and recalled that it was created during the Cold War out of Moscow's fears of a US 'decapitation' strike against the Soviet leadership.

Saying that he was somewhat concerned over the system's possible vulnerability to cyber-attacks, Blair admitted that for the most part, if such a weapon exists, it actually helps to reduce the chances of a nuclear war, because it forces other nuclear powers to think twice about launching an attack against Russia, even a "limited" leadership decapitation strike.

© CC0
Belgian Military Secretly Wanted F-35s for Ability to Drop Nukes – Leaked Report
Furthermore, Blair said, the system helps to "relieve intense pressure on top [Russian] leaders to order an immediate launch on warning of an apparent incoming strike. It thus may reduce the risk of launching on a false warning."

Blair's calm analysis didn't stop the UK's tabloids from fearmongering headlines, however, including the Daily Star's gem "Russia UPGRADING its dreaded Doomsday device 'Dead Hand' which fires ALL its nukes AT ONCE," and the Sun's wordy "END OF DAYS: Inside Russia's terrifying 'Doomsday nuclear missile system that fires ALL its atomic weapons at once' – as expert claims it's being upgraded." The Express also chimed in with a blatant rip-off of the Sun's headline: "Russia UPGRADING Doomsday arsenal that can fire ALL its nukes AT ONCE."

Russian media translated the gist of the Daily Star's story, with readers providing a variety of interesting commentary. "What cyber attacks? Dead hand is an independent system not connected to the internet. There are no fools here," one user pointed out. "It's a shame that discussions have to take place from a position of strength, and not common sense. No one is forcing anyone to love Russia, but everyone is obliged to reckon with it," another chimed in.

Others complained about the tone of the tabloids' approach. "With regard to this 'dreaded concept', the Brits should turn to their overseas allies, whose new nuclear doctrine allows for the 'limited' use of nuclear weapons…envisions an upgrade of its arsenal and preparations of European 'ace pilots' to carry out such strikes. And they should remember their grade school geography about where the US is and where they are. Or are they itching to show initiative?"

The few English-speaking users who bothered to comment pointed to the tabloids' odd fascination with the Russian president, or pointed to the strategic situation prompting Russia to think a system like the Dead Hand.

The Express is full of sycophants. The way they frame Putin in photographs — weird.

© AP Photo
STRATCOM Commander Says US Submarines Can 'Decimate' Russia, China
Known in Russia as 'Perimeter', the automatic nuclear system was introduced in the 1980s, when Soviet leaders grew increasingly concerned about the deployment of US nuclear cruise and missile systems in Western Europe, which theoretically allowed the Pentagon to launch a surprise nuclear strike on the western USSR in five minutes.

In a speech to lawmakers on March 1, Russian President Vladimir Putin said that Russia remains "greatly concerned" about the implications of the US's Nuclear Posture Review, and warned that it "reduces the threshold for the use of nuclear weapons." As far as Russia's own nuclear doctrine, Putin reiterated that Russia reserves the right to use nuclear weapons solely in response to an attack on it or its allies using nuclear weapons or other weapons of mass destruction, or in cases where aggression using conventional weapons threatens the existence of the Russian state.