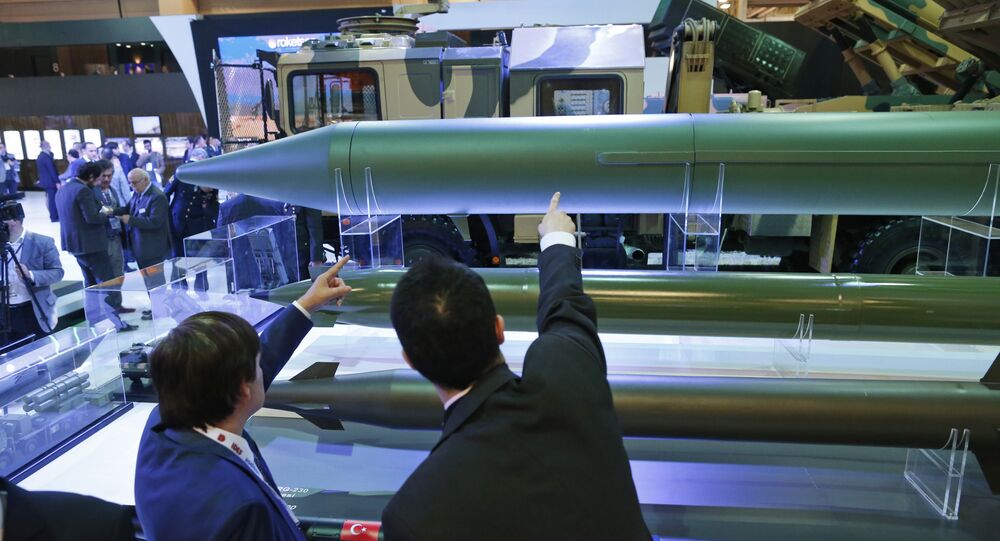 A few years ago Ankara unveiled an ambitious plan to develop a spectrum of short- medium- and long-range missiles of its own design.

According to the agency, the short- and medium-range Gokdogan  and the long-range Bozgodan were fired at their targets in the Black Sea.

The Gokdogan and Bozgodan missiles, developed by the Defense Industries Research and Development Institute (SAGE) and the Scientific and Technological Research Council of Turkey (TUBITAK), were unveiled during the 13th International Defense Industry Fair held in Istanbul in May 2017.

They have been developed as direct replacemkent for Turkey's arsenal of US-made the US-made AMRAAM and Sidewindern air-to-air missiles.

In May 2017 Turkey tested a domestically manufactured mobile short-range ballistic missile, the Bora (Storm), at its range in Sinop.

Turkey Ready to Build Own Missiles Defense System, Or Work With Foreigners