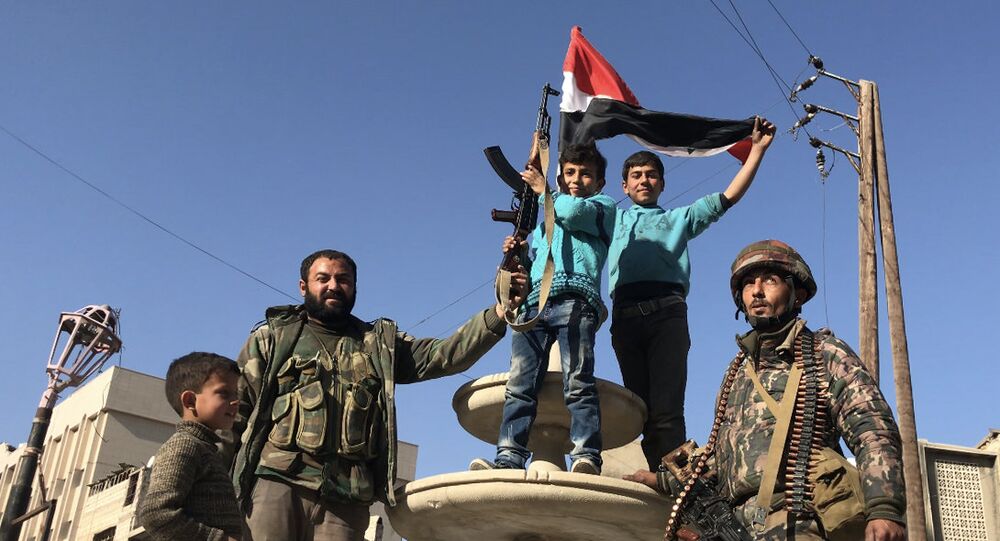 The Syrian Army and its allies have liberated dozens of villages, towns and farms from jihadist terrorists in Eastern Ghouta, once considered the jihadists’ main bastion in the war-torn country.

Government forces, while combing liberated neighborhoods in the town of Ain Tarma in the Eastern Ghouta suburb, located nine miles east of Damascus, have discovered a tunnel network running under houses dug by terrorists for movement as well as weapons and ammunition storage, the state-run SANA news agency reported.

Soldiers have also found a workshop used by the jihadists to make artillery shells and explosives.

According to sources on the ground, the Syrian army units have discovered a long trench, five meters wide and three meters deep, used by terrorists to drive their vehicles and trucks between the towns of Harsata, Douma and Modira.

The government forces also gained access to large caches of arms and military equipment left behind by the retreating militants.

Simultaneously, the army units, engaged in mopping up the areas liberated from terrorists on Friday, are securing the local residents inside their houses and providing them with all the necessary assistance.

According to the Syrian army command, government troops have already liberated 70 percent of Eastern Ghouta, which has been under terrorists' control since 2012.