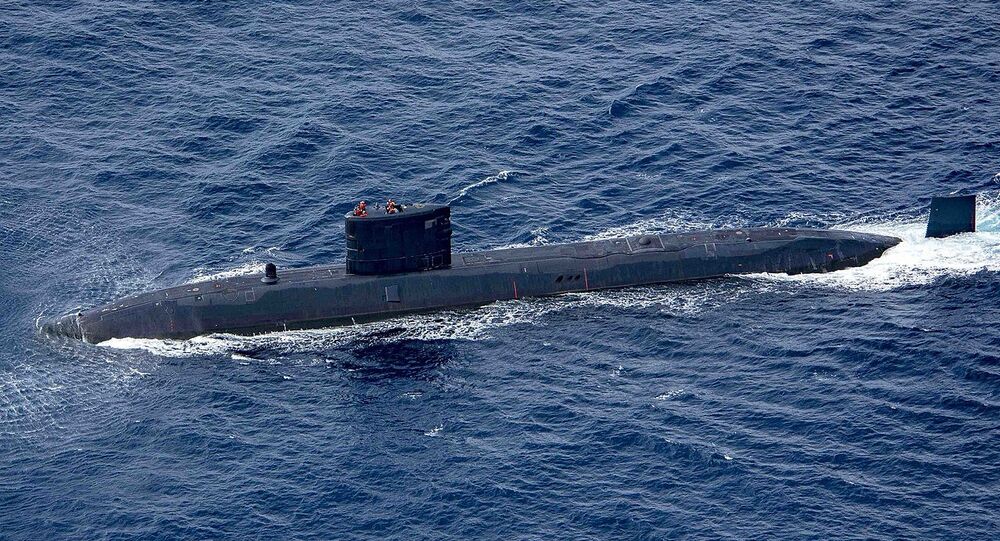 One British and two US nuclear submarines are taking part in a joint naval exercise currently underway in the icy waters of the Arctic Ocean.

Armed with Tomahawk cruise missiles and Spearfish heavy torpedoes, the HMS Trenchant is the first British nuclear sub to be deployed under the Arctic ice in a decade.

It joined a pair of the US Navy’s fast attack submarines the USS Hartford and USS Connecticut, both of which surfaced in the Arctic Circle on March 10 as part of the multinational maritime Ice Exercise 2018.

© AP Photo / Ris
Fear and 'Dreadnought': UK's New Nuclear Submarine Will 'Deter' Extreme Threats
The biennial drill, meant to improve the submarines’ combat capabilities in extreme cold-water conditions, comes amid growing tensions with Russia, exacerbated by London’s accusations of Moscow being allegedly behind the recent poisoning of a Russian ex-intelligence officer in Britain.

Russian officials have strongly denied the accusations, with Foreign Minister Sergei Lavrov saying that Moscow is ready to cooperate in the probe but needs to look at the samples of the substance in question.

On March 4, Sergei Skripal, who was accused of espionage on behalf of London and later granted asylum in the United Kingdom after a US-Russia spy exchange, and his daughter were found unconscious on a bench at a shopping center in Salisbury.

Both of them remain in critical condition and are being treated for suspected exposure to a nerve agent.