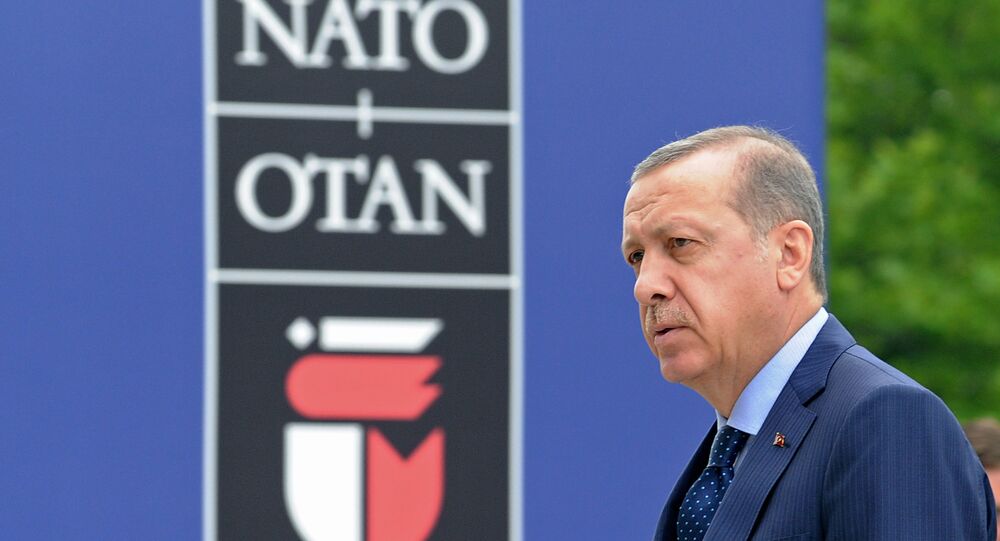 The US sees Russia’s current engagement with Turkey as an attempt to “exacerbate existing friction in NATO.”

In an interview with Sputnik, Berat Conkar, a parliamentary deputy from Turkey’s ruling Justice and Development Party,  said that the progress in Ankara’s relations with Moscow should be viewed from the standpoint of ensuring regional security and stability.

“Turkish-Russian cooperation is not at variance with NATO’s security concept. On the contrary, NATO keeps playing up the importance of security and stability in the Mediterranean, on the Black Sea and in the Middle East as paramount for ensuring the security of Europe and the Atlantic region,” Conkar said.

He added that this was also contributing to the progress of the Geneva talks on Syria and the efforts to achieve a political solution to the conflict there.

© AP Photo
Turkey Not Receiving Enough NATO Support in Anti-Terror Fight - Defense Minister
“With all these things in mind, we believe that NATO has no reason to worry about our cooperation with Russia,” Conkar emphasized, adding that Turkey’s relations with  Russia should not be seen as an alternative to its relations with NATO.

“These are complementary lines of cooperation rather than antagonistic,” the Turkish MP observed.

In an interview with Sputnik, the former Turkish envoy to NATO, Onur Oymen agreed that Ankara’s current rapprochement with Moscow doesn’t have in mind ramping up tensions within NATO.

“As a NATO member-state, Turkey is defending our shared interests, but not all of Turkey’s NATO allies are equally sincere failing to assist in our war on terror, which is something we counted on. Moreover, they joined forces with terrorist organizations like the Democratic Union Party, thus undermining Turkey’s security interests,” he said.

He added that the development of Turkish-Russian relations will have no negative impact on NATO.

In December, Russia and Turkey signed a loan agreement on the purchase of four batteries of Russian-made S-400 air defense missile systems.

The deal has become a major concern for NATO, with its Deputy Secretary General Rose Gottemoeller saying that the S-400 does not integrate with NATO members' systems, and NATO's Military Committee Chairman Petr Pavel warning that Ankara would have to face the “consequences of that decision.”