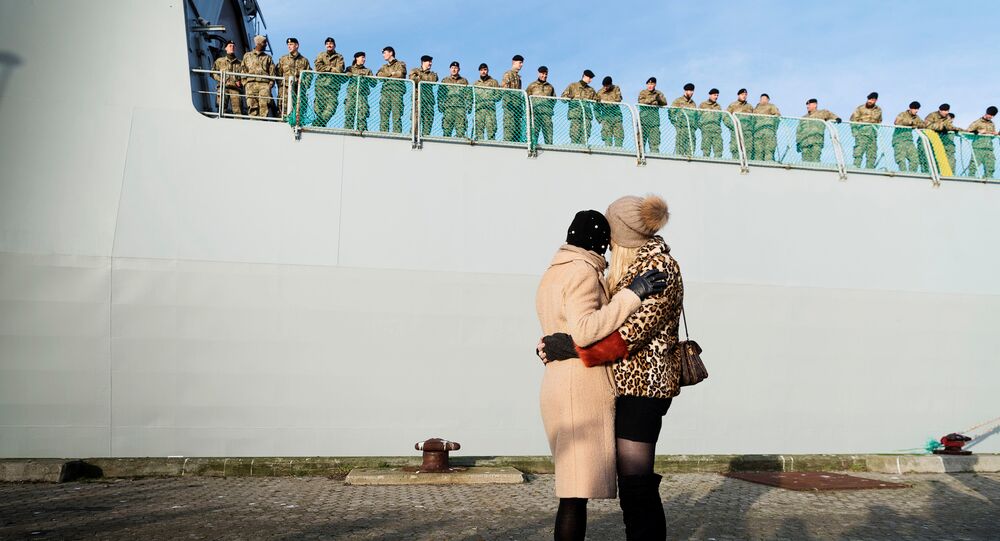 This week, 200 Danish soldiers are to arrive in Estonia as part of NATO's rotary force aimed at deterring the professed aggression from Russia against the Baltic States and Poland. The soldiers have been particularly instructed to resist Moscow's "psyops" and "honey traps," Danish Radio reported.

Rather symbolic than defensive, the Danish mission's primary purpose is to show solidarity with the Baltic countries bordering on Russia and is reinforcing the notion of Moscow's "aggressive ways" as the decision was taken in the aftermath of Crimea's re-unification with Russia, which was portrayed as "annexation" by Danish politicians and media.

"We must assure the Baltics that Article 5, NATO's 'musketeer oath,' applies to everyone, which is why we ought to have a visible presence," Jens Ringsmose the Head of the Department of Military Operations at the Defense Academy, told Danish Radio, admitting that the risk of the forces actually going into battle was "infinitesimally small."

Nevertheless, Ringsmose argued that the presence of several NATO countries will makes it harder for Moscow, often metaphorically described as the "Russian Bear" in Danish press, to even consider acting aggressively.

​"We have to send a signal to the Russians that should they consider crossing the borders of a NATO territory, not only will they meet Estonian, Latvian and Lithuanian soldiers, but they will meet Danish, French, British and American soldiers," Jens Ringsmose said, admitting at the same time that the risk of a military confrontation between Russia and the Baltic States was "very small."

The Danish soldiers stationed at Tapa base are part of NATO's 4,000-strong Enhanced Forward Presence group tasked with lending extra protection to the Baltic States, which have a combined military force of 22,000 men (roughly the same as Denmark).

​"Although the Danish contribution is not large, there is great gratitude in Estonia, which regards Denmark's commitment as a token of solidarity," Denmark's ambassador to Estonia, Kristina Miskowiak Beckvard told Danish Radio.

© Sputnik / Vladimir Astapkovich
Denmark Spotlights Biggest Threats - Cyberattacks, Russia, Terrorism
However, Denmark's force in Estonia will exceed that in Afghanistan. While the Danish soldiers in Estonia will most likely never see real combat, unlike their peers in the Middle East, they were presented as likely targets for Russian disinformation and hybrid warfare campaigns, hence the limitations on their use of Facebook and other social media, Danish Radio reported.

Lastly, the Danish soldiers were particularly warned about "honey traps," that is female agents on a mission to seduce foreign soldiers to fish for sensitive information. Although Flemming Spildsboel, Senior Researcher at the Danish Institute of International Studies specializing in Russian affairs admitted he was unaware of any such examples in the Baltic states, he nevertheless argued that the risk was higher in Estonia, than say, Afghanistan due to a similar urban culture resembling the Danish one. According to Spildsboel, this gave "honey traps" better hunting conditions, as soldiers were likely to be less alert due to feeling more "at home."

​Amid the deployment of the Danish troops to Estonia, the Danish media saw yet another bout of rhetoric elaborating on the imaginary "Russian threat."

Among others, Jørgen Staun, an expert on Russia's security policy at the Defense Academy's Institute for Strategy, suggested that Denmark's easternmost Baltic island of Bornholm was likely to be involved in Russia's purported military aggression. Staun also claimed that Russia could conduct two independent foreign interventions of 150,000 men in order to close off the Baltic Sea to prevent NATO from coming to the Baltic States' rescue, Danish TV2 reported.