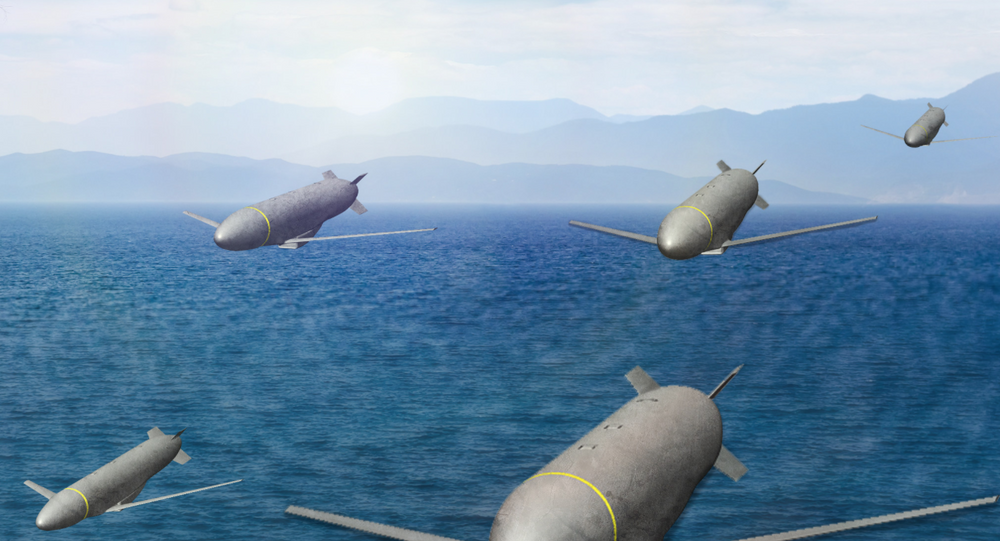 The lab is partnering with Lockheed Martin and Northrop Grumman to complete a concept demonstration within five years for cheap cruise missiles that work together to defeat enemy air defenses.

The first "Gray Wolf" missiles will be tested from an F-16, Lockheed Martin said, noting that the weapon system will eventually be compatible with F-35, F-15, F/A-18, B-1, B-2 and B-52 aircraft — basically the entire existing US Air Force fleet.

"Lockheed Martin's concept for the Gray Wolf missile will be an affordable, counter-IAD missile that will operate in highly contested environments," said Hady Mourad, a missile program director at the world's largest defense contractor.

The missile is "being design to maximize modularity, allowing our customers to incorporate advanced technologies such as more lethal warheads and more-fuel efficient engines, when those systems become available," Mourad said in the news release.

According to a December 20 Pentagon announcement, Northrop Grumman was awarded $110 million for work including "the design, development, manufacture and testing of prototype affordable cruise missiles to advance networked collaborative operations technologies."

Seven companies competed for the contracts in total, the Pentagon said.

Defense officials have been "reluctant" to share many details about the "secretive project," Aviation Week reported. From what is known, the project is expected to result in a long-range, "low-cost," subsonic weapon tailored for "enhanced navigation."