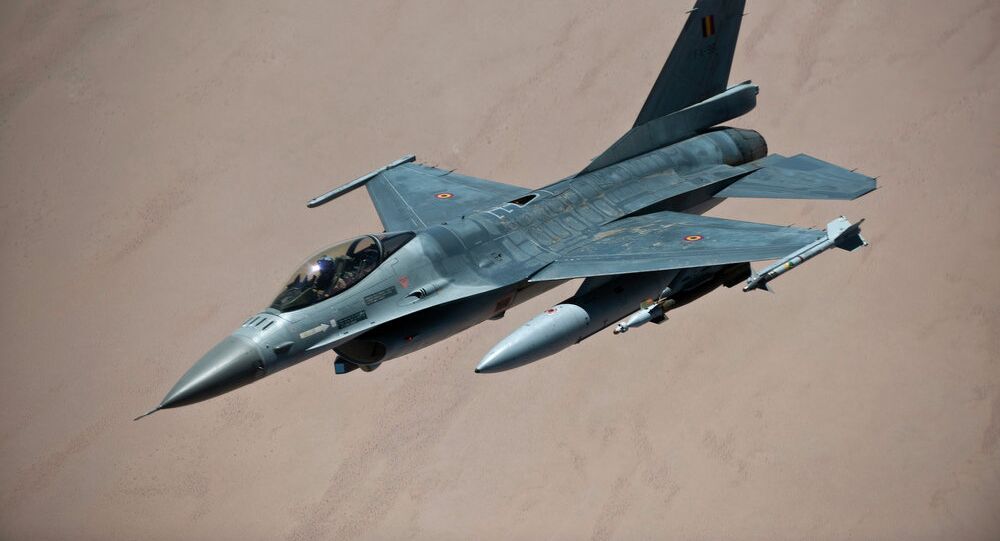 The US Department of Defense is working on an AI-based software to analyze its F-16 fighter jets’ performance and predict malfunctions before they actually happen.

The Pentagon's "Defense Innovation Unit Experimental" is currently working with tech companies to implement AI, machine learning and automation technologies in military jets to create an AI program that can predict plane failures before they occur.

© Flickr / Gonzalo Alonso
US Approves $200Mln Maintenance Deal for Poland’s F-16 Fleet
According to Business Insider, the DoD and the US Air Force tasked C3 IoT, an internet of things platform and applications company, to develop the system for the F-16 Falcon air superiority fighter and E-3 Sentry airborne early warning and control planes.

They envision a system that would analyze all kinds of factors, from the plane's internal performance parameters to its geographic location, and inform maintenance crews about which plane is in the most need of repairs.

"F-16s will benefit from predictive maintenance as a way to inform pilots of which aircraft are at the highest risk in terms of being unreliable. We pinpoint systems such as engines and subsystems such as the propulsion," says Ed Abbo, C3 IoT president and CTO.

The C3 IoT platform already allows the Pentagon to aggregate and store enormous amounts of disparate information on a unified cloud-based data image, which runs on Amazon Web Services.

The idea behind the onboard AI is that it can tell different failure cases apart.

Not every plane will be able to process the telemetry data onboard, though. Planes with older avionics will be able to transmit the collected data to the computational server only after they land, Abbo explains.

According to Business Insider, newer aircraft can perform analytics onboard and even record the pilot's voice and process language information, meaning the pilot could "talk" to their plane's computer, just like in "Star Trek."