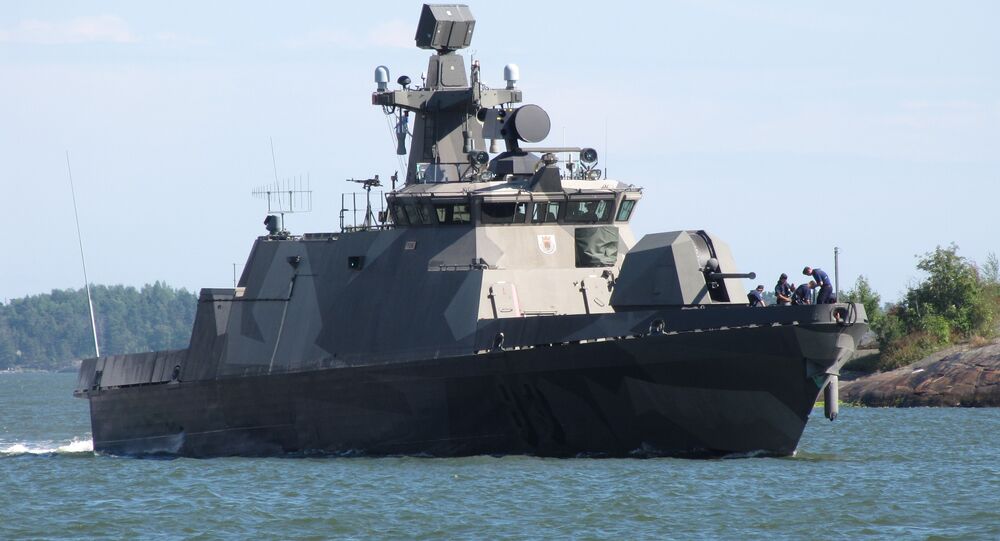 Finland has approved contracts worth $276 million for a sweeping improvement to its Hamina-class fast attack crafts. As part of the upgrade, a torpedo weapon system will be acquired from the Swedish company Saab.

The Finnish Defense Forces' Logistics Command has received a mandate from Defense Minister Jussi Niinistö to sign a contract with local arms manufacturer Patria Aviation as part of the naval development program.

The upgrade of the four Hamina-class fast attack craft, built between 1998 and 2006, will ensure sufficient combat readiness in the 2020s after the decommissioning of the Rauma-class vessels and before the next-generation Squadron 2020 corvettes have been put to use, Finnish national broadcaster Yle reported.

The goal of the upgrade program is to prolong the service life of Hamina-class vessels until 2035, extend their independent operating time and improve their anti-submarine capability as well as self-protection. The Hamina-class sub will be equipped with the same type of missile system chosen for surface-to-surface missile batteries and four Squadron 2020 coastal corvettes worth $1.4 billion.

© CC BY-SA 4.0 / MajaFis / Patria
Risky Business? Finland Doubles Arms Exports, Gambles on Middle East
The craft's lightweight torpedo system has been designed with an emphasis on the coastal conditions of Finland's Baltic Sea coast, which is exceptionally rich in islands and islets. It has been specifically coordinated with the Swedish Defense Materiel Administration (FMV), and deliveries from Sweden's Saab Dynamics are scheduled to take place in 2023-2025. Prior to that, a loan agreement on the torpedo systems will be concluded with the FMV for 2019-2022.

After World War II, the Finnish Armed Forces were substantially limited by the Paris peace talks in 1947. For the Finnish Navy, this meant a limitation of no more than 10,000 tons and 4,500 men, as well as a ban on torpedoes, submarines, mines and missiles. The restrictions were eased somewhat in the 1960s and nullified by the breakup of the Soviet Union. However, the size of the Finnish Navy remains roughly the same as it was during the Cold War-era.

​The next generation surface combatant unit known as the Multi-Purpose Vessel 2020 or Squadron 2020 is currently still at the pre-development stage. The four corvette-sized ships, which are intended to be slightly bigger and more capable of engaging in international cooperation, are stated to replace the Hämeenmaa minelayers and the already retired Rauma-class missile boats. The design stage is planned to continue until 2018 and the vessels will be built in 2019-2024. The projected cost of four vessels with a lifespan of at least 35 years is about $1.4 billion.