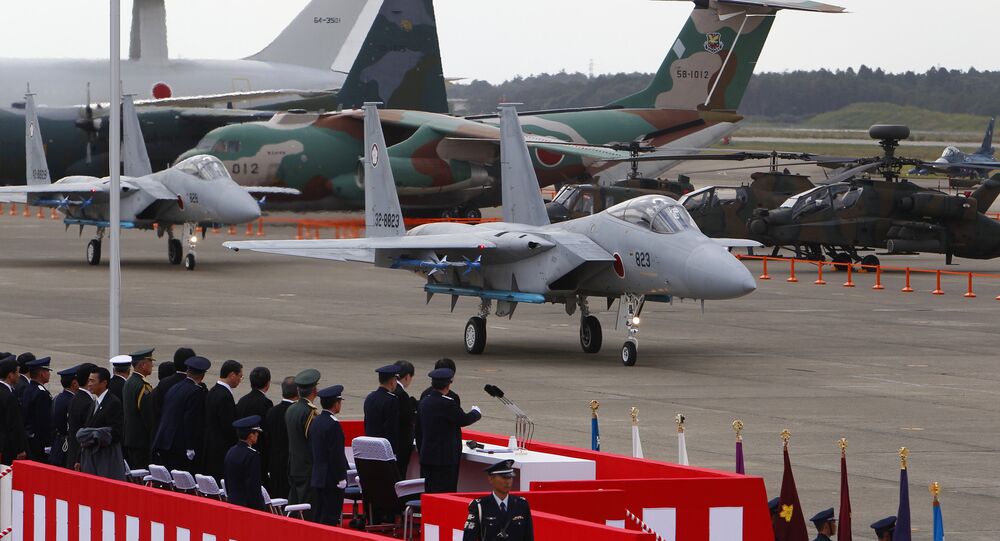 Japan has announced its intention to bolster its military with missiles with a range of up to 1,000 km; Defense Minister Itsunori Onodera made the announcement in the aftermath of a ballistic missile test by North Korea which landed in Japanese waters.

Japan has announced plans to acquire medium-range air-to-surface missiles and deploy them on its fleet of fighter jets.

"We are planning to introduce the JSM (Joint Strike Missile) that will be mounted on the F-35A (stealth fighter) as 'stand-off' missiles that can be fired beyond the range of enemy threats," Japanese Defense Minister Itsunori Onodera told a press conference on Friday.

The Joint Strike Missile is designed by Norway's Kongsberg Defense & Aerospace and has a range of 500km.

Onodera added that Japan is also looking to equip its F-15 fighters with Lockheed Martin Corp’s extended-range Joint Air-to-Surface Standoff Missile (JASSM-ER), which has a range of 1,000km.

© REUTERS / Toru Hanai
No Need of Nuclear Capabilities For Japan Despite New Missile Tests by Pyongyang
Japan's missile force is currently limited to anti-aircraft and anti-ship munitions which have a range of just 300 km. Japan's pacifist post-World War Two constitution imposes restrictions on its military, known as the Self-Defense Forces, but Prime Minister Shinzo Abe has pushed through legislation to allow a broader interpretation of the constitution.

Japan's plans for greater missile capability come after a series of ballistic missile and nuclear bomb tests carried out by North Korea. In November, a Hwasong-15 intercontinental ballistic missile fired by Pyongyang flew 960 km, reached an altitude of 4,500 km and landed in Japanese waters.