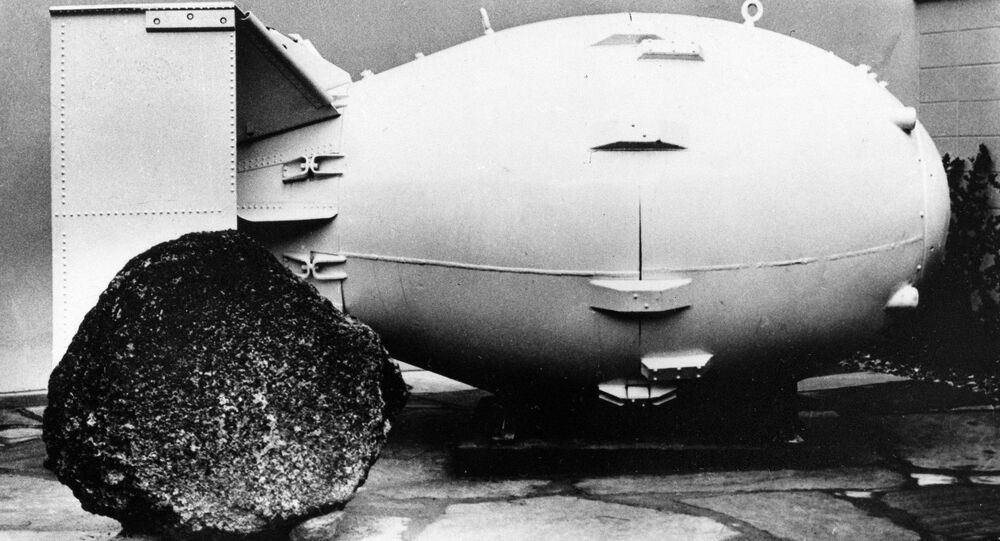 A secret study commissioned by the CIA in December 1975 concluded that Yugoslavia had the technical capabilities and the necessary uranium supply to build its own nuclear weapon, and that it could have attained such a weapon by 1980. Professor Filip Kovacevic, who acquainted himself with the documents, shared his findings with Sputnik.

Kovacevic, a visiting lecturer at the University of San Francisco, came across the bombshell of a revelation last month after contacting the CIA with a request for documents relating to the Yugoslav nuclear program a year earlier. The professor received 8 documents totaling 84 pages and covering a thirty year period from 1957 to 1986. The documents, presented in a variety of formats, from short reports to scientific studies, were all labeled classified. Some included redactions, and the CIA told the academic in a letter accompanying the files that some papers on the subject remain classified.

© REUTERS / Dado Ruvic
Tito's Secret Undeground Nuclear Bunker Revealed
10
Speaking to Sputnik Serbia, Kovacevic said that the secret papers show that the Yugoslavs began flirting with the idea of their own nuclear program soon after WWII. "The documents show that immediately after World War II, Yugoslavia started cooperating with the US on the development of a nuclear program, for example, by sending students to study the relevant disciplines at American universities," the academic explained.

The secret papers also enabled Kovacevic to learn that in 1952, in cooperation with researchers from the Geological Society of America and with the help of geological surveys across Yugoslavia, two rich sources of uranium were discovered in the republics of Slovenia and Macedonia. "One of the documents, dated July 1979, revealed that the deposit in Slovenia alone could produce 300,000 tons of uranium a year, enough to make about 300 tons of uranium oxide," (i.e. nuclear fuel), the professor noted.

© CC0
Vinča Institute of Nuclear Sciences, where Yugoslavia made progress toward achieving the technical capability to create a domestic nuclear weapon.

According to Kovacevic, the CIA documents demonstrate that US intelligence was well aware of Yugoslavia's efforts in the nuclear sphere, thanks to a well-organized network of informants across the country's institutions.

© CC BY-SA 3.0 / Rašo / Veles, Macedonia
From Rust to Riches: The 'Fake News' Capital That Helped Trump Beat Hillary
At the same time, Washington remained unable to control the senior Yugoslav leadership's decision-making, the scholar said. "The documents show that Yugoslavia's leadership under Josip Broz Tito cooperated with the West and the East only to the extent that it was in Belgrade's interests."

For example, "when the Americans refused to give Yugoslavia [something it needed], Belgrade turned to the Russians, and vice versa. When the US hesitated to sell Belgrade an experimental reactor, the Yugoslavs immediately bought one from the USSR. Then, in the 1970s, Belgrade signed an agreement with the US company Westinghouse to build Yugoslavia's first and only nuclear power plant at Krsko, Slovenia. Soviet firms were also interested doing so. It was a difficult game which the Yugoslav leadership played to perfection while Tito was alive," Kovacevic noted.

The paper, dated from December 1975 and titled 'Prospects for Further Proliferation of Nuclear Weapons', concluded that Belgrade would be able build its own atomic bomb before 1980 if it sought to do so.

© Sputnik .
Yugoslavia 25 Years On: A Country Destroyed
"This secret research paper said that Yugoslavia had enough resources and capabilities to do so," Kovacevic said. "It also pointed out that Yugoslavia would need additional investments in a uranium processing plant, and of course, in the creation of a carrier weapon for the bomb."

"In other words, Yugoslavia could have created an atomic bomb; everything depended on the political will of the leadership; there, [by the late 1970s,] Tito no longer played a dominant role, due to his ill health. And some members of the leadership apparently already began to see their future outside Yugoslavia in their individual republics. Personally, I believe that the existence of a Yugoslav nuclear bomb could have saved the country from its bloody and brutal collapse," Kovacevic concluded.