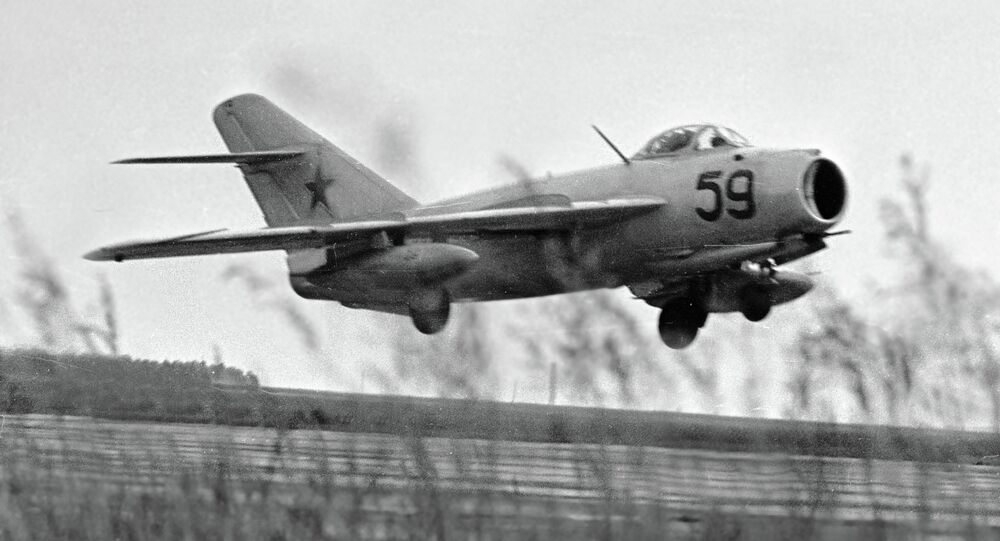 The recently released batch of files related to the Kennedy assassination includes a curious document revealing secret plans by the US government to purchase or build Soviet aircraft for the purpose of staging false flag attacks on the US or its allies, thus giving Washington the pretext it needed to go to war with Moscow or its allies.

According to the partially declassified document, a March 22, 1962 meeting attended by the Special Group Augmented (SGA), a high-level Kennedy administration committee charged with overthrowing the Cuban government, included a discussion on the different possibilities for obtaining Soviet planes.

© AP Photo / Jim Altgens
Fifth Batch of JFK Files Released to Public
The document fragment lists various Soviet aircraft, including MiG-17 and MiG-19 fighters, as well as the Il-14 military cargo transport, and how much time and money it would take to reproduce them to withstand distant observation and/or up close examination. Another option, according to an analysis by the CIA cited by the document, was to try to obtain the planes via defecting pilots, or purchasing them from non-Soviet Bloc countries; these options were deemed problematic.

The document also explains why the Soviet planes are so desirable, including their possible use to stage false flag attacks against the US to justify a US military response.

"There is a possibility that such aircraft could be used in a deception operation designed to confuse enemy planes in the air, to launch a surprise attack against enemy installations or in a provocation operation in which Soviet aircraft would appear to attack US or friendly installations in order to provide an excuse for US intervention," the document reads.

© Photo : archives.gov
Page 2 of the document, touting the benefits of obtaining authentic or look-alike Soviet planes.

Finally, the fragment explains that "if the planes were to be used in such covert operations, it would seem preferable to manufacture them in the United States."

It's not clear whether the document was connected to Operation Northwoods, a proposed Pentagon and Joint Chiefs of Staff false flag operation calling on the CIA and other agencies to stage terrorist attacks against US civilian and military targets and blame it on the Cuban government, thus justifying a war against Cuba. According to US political historian Robert Dallek, the idea within the Kennedy administration to manufacture or otherwise obtain the Soviet aircraft was hatched by CIA Director McCone.