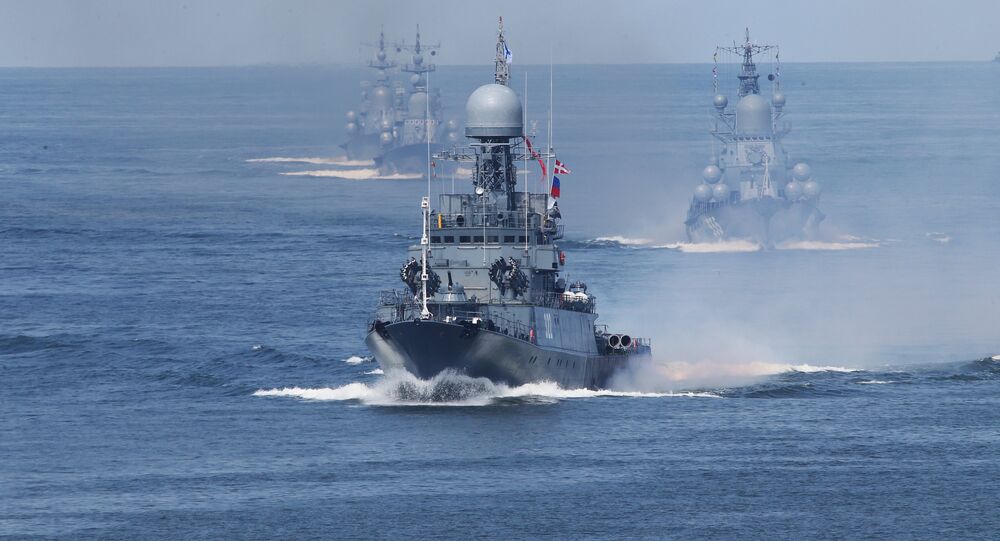 A flotilla of Russian Baltic Fleet ships has entered the Mediterranean Sea, according to the press service of the Russian Western Military District.

"The corvettes Boykiy and Soobrazitelny as well as the tanker Kola, which are on a long-term mission, passed the Strait of Gibraltar and entered the Mediterranean Sea," the press service was quoted by RIA Novosti as saying.

In the next few days, the ships are due to be resupplied in the western region of the Mediterranean, where sailors will continue to carry out their mission, according to the press service.

The vessels left the port of Baltiysk in Russia's Kaliningrad region on October 14.

© Sputnik / Vitaliy Ankov
'Serious Muscles' for the Navy: Advanced Russian Corvette Already on Service
When passing the Atlantic, the ships' crews conducted a series of anti-submarine and anti-aircraft drills as well as maneuvering in areas of intensive navigation and fishing. Crews of the shipborne Ka-27 helicopters carried out a spate of flights in the eastern part of the Atlantic Ocean.

The Soobrazitelniy and the Boiky are the second and the third ships of the latest Steregushchiy-class of corvettes in the Russian Navy, respectively. The Soobrazitelniy is touted as the first vessel of its class to be fitted with the Redut system to increase its anti-aircraft capabilities.