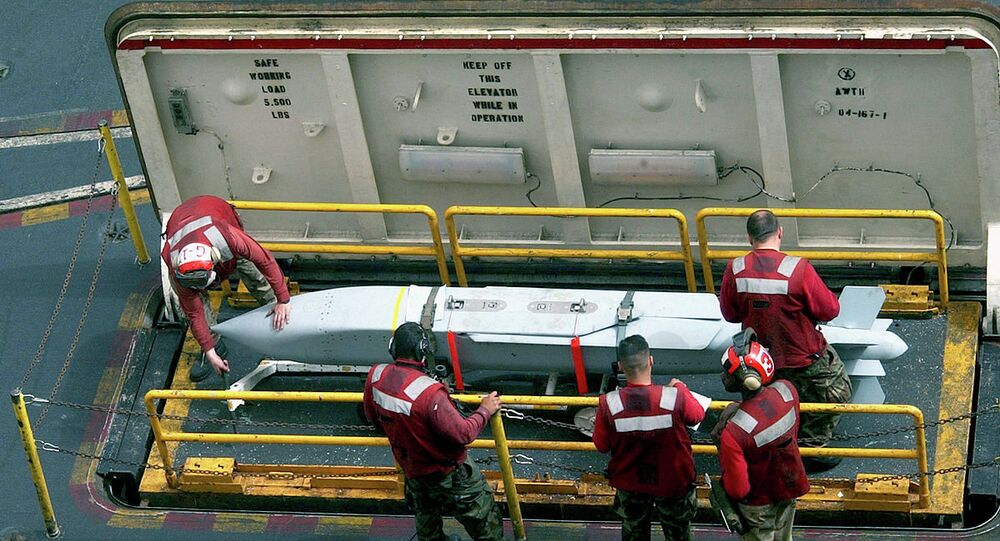 The Pentagon has announced that Raytheon Missile Systems has scored an award worth $173 million to provide Qatar with ship joint standoff weapons.

WASHINGTON (Sputnik) — Raytheon Missile Systems has scored an award worth $173 million to provide Qatar with 200 air-to-ground and ship joint standoff weapons (JSOW) along with engineering support and spare parts, the US Department of Defense announced in a press release on Wednesday.

"Raytheon Missile Systems, Tucson, Arizona, is being awarded a $172,874,170 contract to procure 200 AGM-154C Block III joint standoff weapons, 212 containers, various component parts and support equipment for spares, and engineering and technical support for the government of Qatar," the release said.

© REUTERS / Saudi TV
Did Trump Talk the Saudis and Emiratis Out of Invading Qatar?
JSOW is a dual threat weapon providing naval forces with the ability to hit moving maritime vessels as well as stationary land-based targets, according to information published on Raytheon's website. It uses a Global Positioning System navigation system and thermal imaging infrared seeker to get to its target.

Work will be performed in the US states of Arizona, Texas, Vermont, Minnesota, Massachusetts, Oklahoma, Missouri, California, Pennsylvania, Arkansas, New York, Florida and Colorado, the release added. Other manufacturing will take place in the United Kingdom. Work is expected to be completed by June 2020.

Qatar was boycotted by Saudi Arabia, the United Arab Emirates, Bahrain and Egypt on June 5, closing its only land border and halting commercial flights, according to Bloomberg. Saudi Arabia, which is behind the boycott, suspended its dialogue with the country last month, accusing it of "distorting facts."

US: Qatar Crisis May Take Long Time to Resolve Despite Subtle Progress