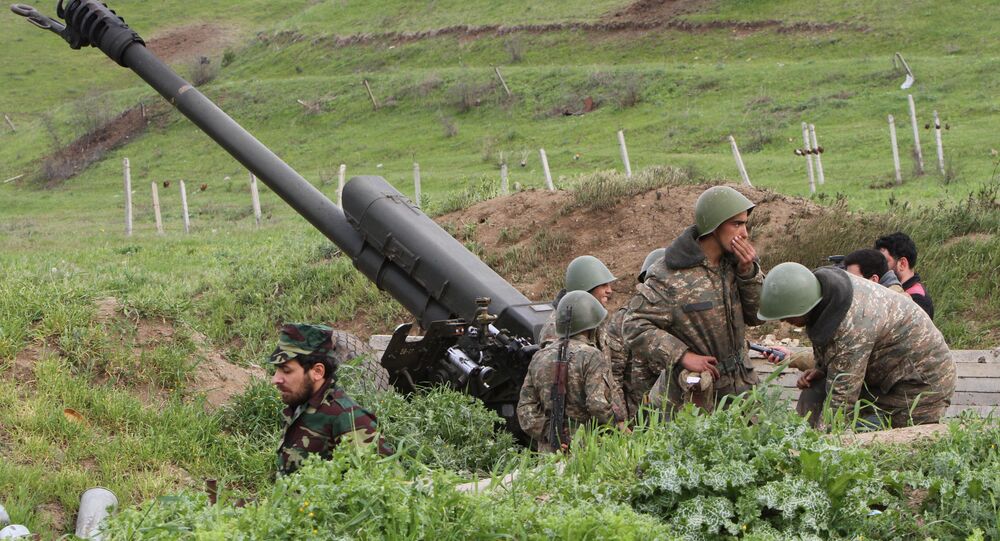 The Azerbaijani Defense Ministry accused their rival Armenia of violating a ceasefire along their disputed border 94 times in a 24-hour window.

The two nations have been perennially assaulting each other over the disputed Nagorno-Karabakh line of contact. Such ceasefire violations usually take the form of Armenian troops firing upon or shelling Azerbaijani positions along border settlements.

The complicated history of Nagorno-Karabakh has repeatedly led to violence between Armenia and Azerbaijan since even before both nations became independent states from the Soviet Union in 1991. Since 2008, intermittent clashes between the two nations have led to casualties on both sides.

The worst violence came during the Four Day War in April 2016, in which both sides claimed the other struck first. Casualty estimates range drastically: Armenia claims they lost 91 troops and Azerbaijan 500-1,500, while Azerbaijan says they lost 94 soldiers and Armenia 320. The US State Department claims 350 were killed in total. Azerbaijan claimed a modest victory in the fighting, seizing and militarizing either three or eight square miles of disputed land — again, depending on who you ask.

Nagorno-Karabakh, also called the Republic of Artsakh, was historically part of the medieval Kingdom of Armenia before becoming suzerain territory of Qajar Iran in the 18th century. It was conquered by the Russian Empire in the 19th century, but in 1918 Armenia and Azerbaijan (which had also been taken from the Qajars by the Russian empire) briefly left Russian control.

The Muslim Turkic Azerbaijanis clashed with the Christian and Indo-European Armenians over Nagorno-Karabakh before both were swallowed by the nascent Soviet Union in the 1920s.The Soviets placed Nagorno-Karabakh within Azerbaijan despite three-quarters of the region's population being Armenian.

Decades later in 1988, Armenia took advantage of crumbling Soviet power to militarily back an Armenian secession movement within Nagorno-Karabakh. Armenia's 1994 victory in the war and the ensuing ceasefire placed Nagorno-Karabakh back into their control, but Azerbaijan still claims de jure control over the territory.

This led to the creation of the line of contact, considered the third most militarized border in the world, after the North Korea/South Korea demilitarized zone and the India/Pakistan Kashmir border.