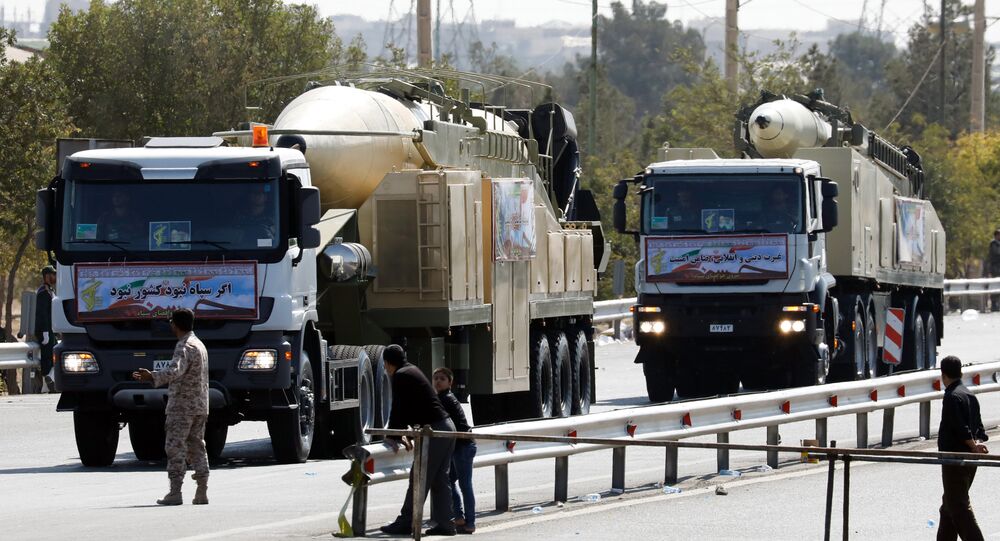 According to the Press TV broadcaster, Iran successfully tested a new ballistic missile "Khorramshahr" that had been shown at a military parade the day before.

MOSCOW (Sputnik) — Iran has successfully carried out the test launch of a new ballistic missile "Khorramshahr" with a range of 2,000 kilometers (1,242 miles), local media reported Saturday.

According to the Press TV broadcaster, the video footage released by state-run television does not provide any details regarding the location of the test sites. The missile was reportedly fired several hours after it had been unveiled during a military parade in Tehran.

© AP Photo / Brendan Smialowski
US Withdrawal From Iran Nuclear Deal to Damage Int’l Nuclear Non-Proliferation
Iran's ballistic missile program has triggered the discontent and concerns of other states, in particular, the United States due to its possible links to the Iranian nuclear program. Despite the attempts by Washington to include the provisions, concerning ballistic missiles, in the Joint Comprehensive Plan of Action (JCPOA), or the Iran nuclear deal, the proposal was not supported by other signatories.
...
Reddit
Google+
Blogger
Pinterest
StumbleUpon
Telegram
WhatsApp
513

Shrinking Anti-Daesh Battlefield May Lead to US, Russia, Iran Conflict