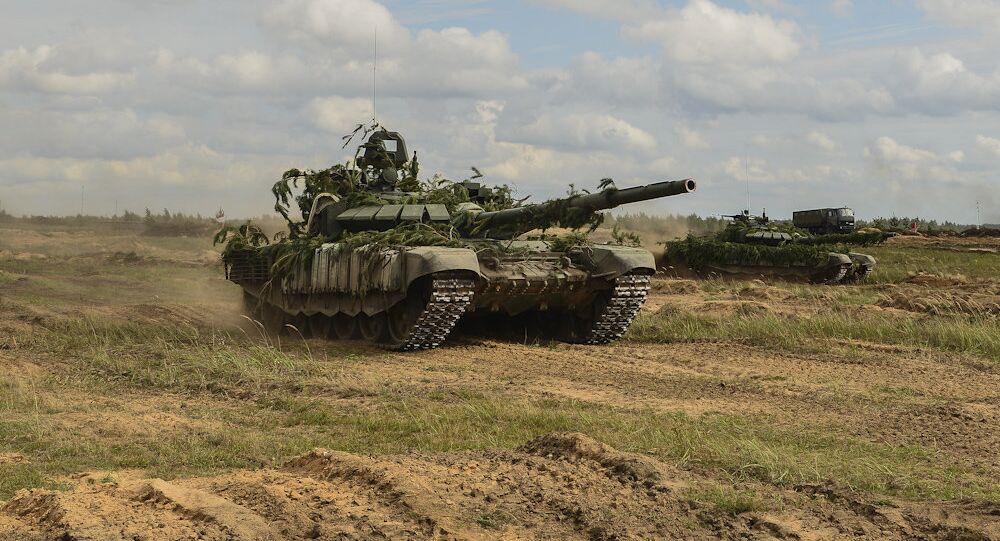 In its press release on Sunday, the Russian Defense Ministry said that the ongoing Russia-Belarus military drills had provided the first large-scale test for the crews of the T-72B3, the latest version of the T-72 Soviet main battle tank.

"The T-72B3's crews are made to travel many kilometers across rough terrain with various soils and natural obstacles, as well as conduct combat fire in the daytime and at night, also drilling high-speed maneuvers," the press release said.

In addition, the tank is equipped with a propulsion unit control system which allows the crew to run the T-72B3 with the help of a display.

The T-72B3 is Russia's latest modernized version of the T-72 Soviet battle tank. With its advanced armor protection, the tank is touted by the media as a "super-protected" vehicle.

© Sputnik / Vladimir Astapkovich
A T-72B3 tank during the final rehearsal of the military parade in Moscow marking the 72nd anniversary of the WWII victory. File photo

The modernized T-72B3 can travel 70 kilometers per hour thanks to its 1,130 horsepower engine, which has improved the tank's mobility despite its increased weight of about 45 metric tons.

© Photo : Evgeni Meshkov/Russian Defense Ministry
Zapad-2017: Why Poland's Media Getting Hysterical Over Russia-Belarus Drills
The tank features a new smoothbore 125-mm gun characterized by increased survivability of the trunk, and the Sosna-U sighting system, which helps the tank's crew of three destroy a target at a distance of up to five kilometers.

Also participating are 680 vehicles and weapons systems, including about 250 tanks and up to 200 artillery units, as well as multiple rocket launchers and mortars.