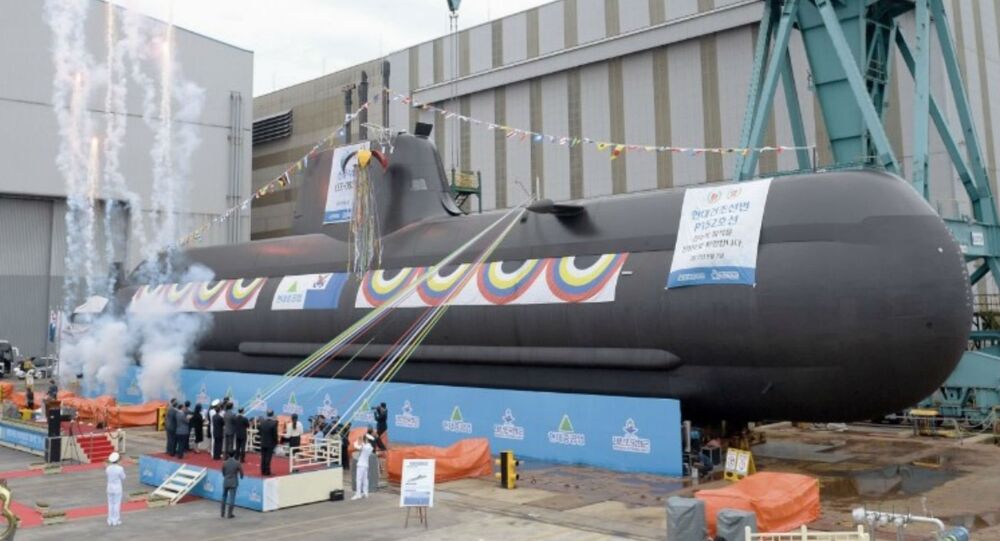 The Republic of Korea Navy (ROKN) released a statement noting that the new sub, dubbed Sin Dol-Seok, debuted Thursday at a ceremony at the HHI shipyard in Ulsan. The 65-meter-long boat, which features air-independent propulsion systems, will be the last of its class. The ROKN currently operates five of the class’ nine boats.

Sin Dol-Seok is named for a famous 18th century Korean military leader, and is equipped with a domestic 1,000-kilometer-range cruise missile.

Jane’s reports that the 1,800-ton submarine is HHI’s sixth KSS-2 class vessel, with the three other submarines of the class having been manufactured by Daewoo Shipbuilding & Marine Engineering (DSME) instead.

With a maximum speed of 12 knots on the surface and 20 knots underwater, the KSS-2 submarine can reach depths up to 400 meters and carried towed-array, bow-mounted and flank sonar systems. It can accommodate a crew of 40.

The KSS-2 class is able to stay submerged for up two weeks at a time by utilizing Siemens polymer electrolytic membrane fuel cells and is powered by two MTU diesel engines.

The ROKN plans for the Sin Dol-Seok to enter service in 2019, after it completes a series of tests.