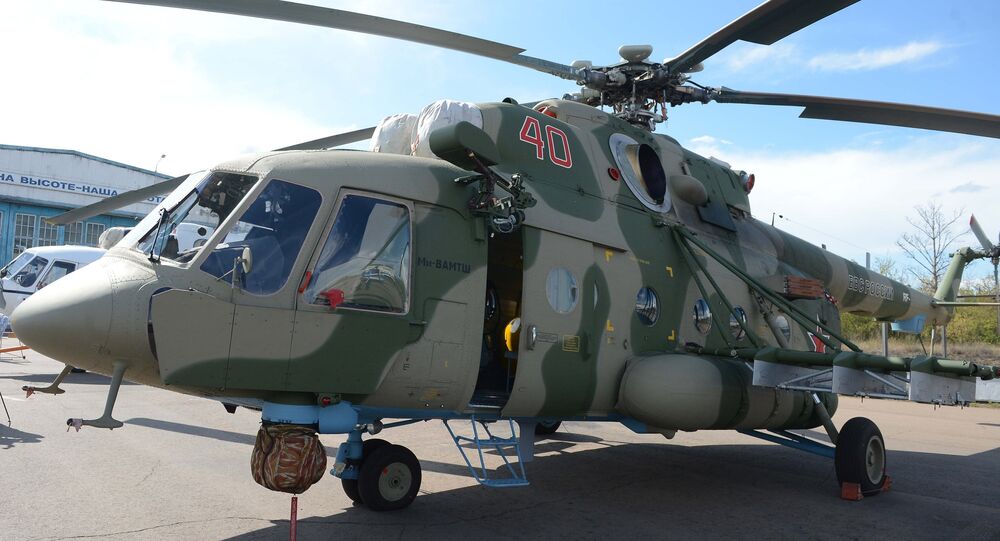 MOSCOW (Sputnik) — Kornev said that Rosoboronexport had signed two contracts on the delivery of military transport helicopters and air-launched weapons to Burkina Faso.The contracts are said to be completed by 2018.

According to Kornev, Burkina Faso's Defense Ministry is already using Mi-17 and Mi-24P helicopters. Kornev pointed out that the country sought to further develop defense industry cooperation with Rosoboronexport.

"At the moment, they are considering a possibility of buying defense industry products from us for other branches of the armed forces," Kornev added.

© Sputnik / Mikhail Voskresensky
Military Land, Sea and Air Capabilities Displayed at Army 2017 Expo (VIDEO)
The contract with Burkina Faso was signed at the Army-2017 International Military-Technical Forum held in Russia. Rosoboronexport has also signed a contract on the delivery of four Mi-171E helicopters to China at the forum.

The Army-2017 forum was organized by Russia's Defense Ministry and representatives of 100 countries are attending. The event is being held at the Patriot military theme park outside Moscow. On August 25 the venue will open its doors to general public, following a series of closed presentations for military experts and foreign delegations.