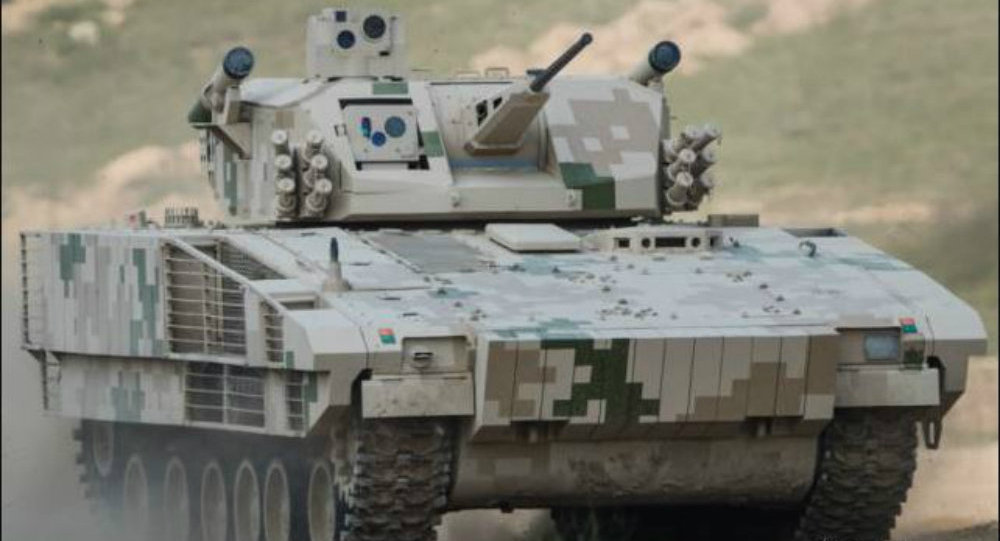 The China North Industries Corporation (NORINCO) recently demonstrated a new generation of infantry fighting vehicles (IFVs) that it touts as a "brand-new generation of 30-ton heavy tracked armored vehicles with the protection level of tanks."

The new VN-17 armored vehicle is quite similar to the VT-5 light tank produced by NORINCO, IHS Jane’s reported Monday, given that they have the same chassis. The biggest difference between the vehicles consists in the engine being located in the front of the vehicle to allow troops to travel in the vehicle’s rear.

The IFV was showcased to 230 delegates from more than 50 nations from August 15 to 16 in Baoto, Inner Mongolia, roughly 700 kilometers west of Beijing. A host of other never-before-seen Chinese military vehicles were also displayed, according to Jane’s.

In 2003, Washington sanctioned NORINCO and its subsidiaries for allegedly contributing to Iran’s missile program. The state-run firm makes civilian products like machinery, chemicals, construction machinery and vehicles in addition to its products for the Chinese military, which is the company’s dominant source of business, GlobalSecurity.org reports.