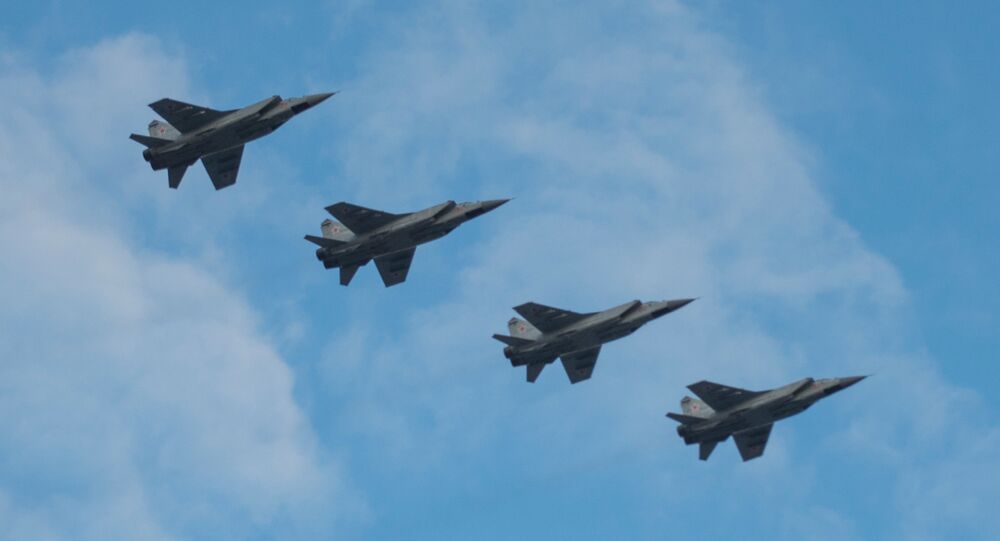 KUBINKA (Sputnik) — According him, MiG-41 will be an "absolutely new jet," not a modernized version of MiG-31 it would replace.

"The PAK DP is a logical development of our MiG-31 aircraft. Once contacted by the Defense Ministry, we will take up this project closely and I think that its deliveries will begin in the mid-2020s," Tarasenko said.

© Sputnik / Evgeny Biyatov
Faster than Missiles: Russia Developing Space Age Fighter Jet
There is not very much known about the MiG-41 because everything about this plane, just like with all top modern military projects, remains classified. The Mikoyan bureau has been working on the design of a long-range interceptor, based on their MiG-31, since 2013 as part of a plan to replace the ageing fleet of MiG-31 fighter jets whose active service life expires in 2028.