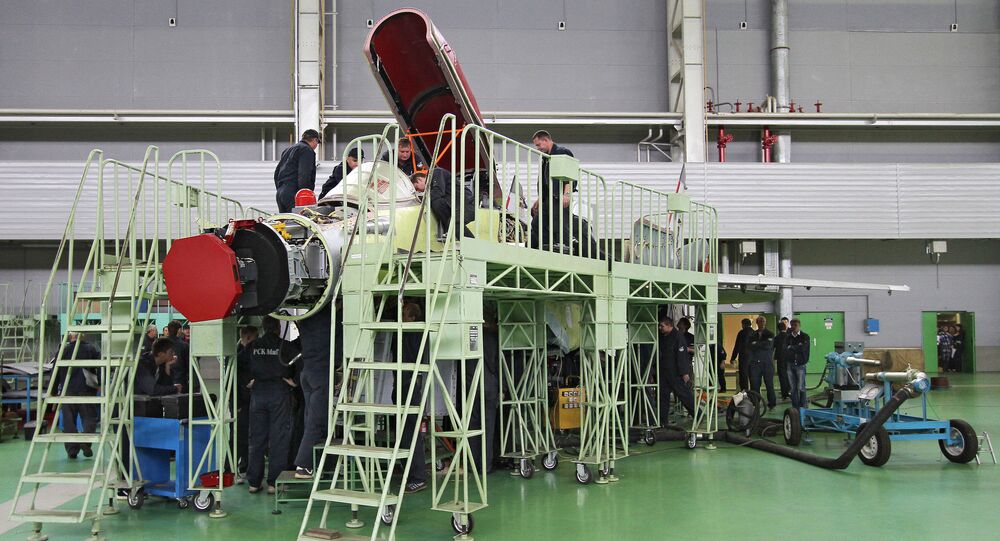 MiG-41. This superfast interceptor is not yet off the drawing board at the Mikoyan military aircraft design bureau, but the final draft may be ready already within the next couple of years with mass production scheduled to begin before 2025, Zvezda television channel reported on Friday.

© Flickr / Pavel Vanka
Adapt and Overcome: New Russian Interceptor to Replace MiG-31
There is not very much known about the MiG-41 because everything about this plane, just like with all top modern military projects, remains classified.

All we know is that the Mikoyan bureau has been working on the design of a long-range interceptor, based on their MiG-31, since 2013 as part of a plan to replace the ageing fleet of MiG-31 fighter jets whose active service life expires in 2028.

Like the MiG-41, which will be years and years ahead of its predecessors and able to intercept even the hypersonic drones now being developed in the United States no existing missiles, except Russia’s S-500 will theoretically be able to shoot down.

“The MiG-41 will embody all the advantages of the MiG-31 fighter-interceptor,” Alexander Tarnayev, a member of the State Duma’s Defense Committee, said.

This will require numerous testing platforms, which may be why hundreds of MiG-31s will be overhauled and put into service with the Russian Air Force.

The main features of the MiG-41 are not yet known, but one thing is clear: a plane flying faster than missiles (the MiG-41 is designed to fly at Mach 4.0 and even Mach 4.3) is a convincing deterrent against any aggression.