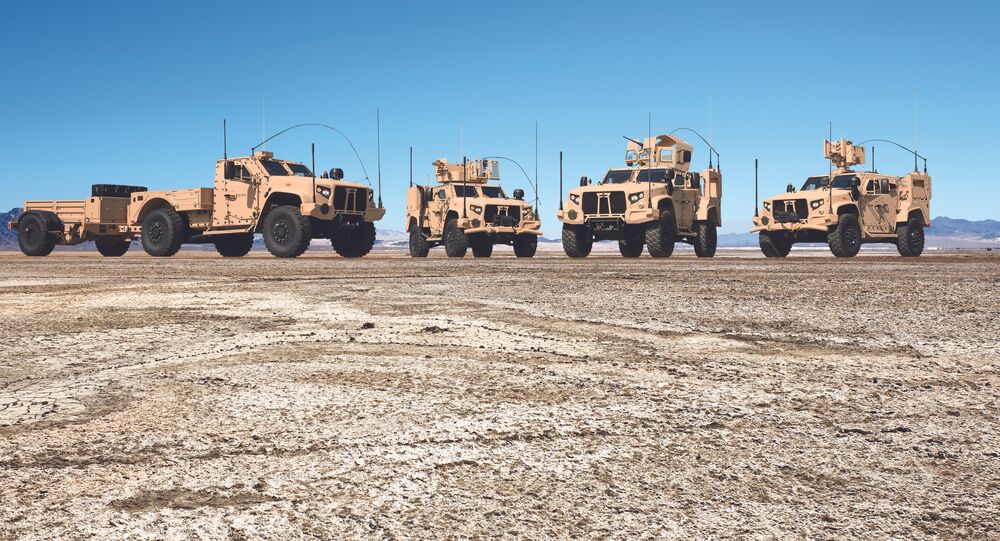 US Army will place an order valued at more than $195 million, that includes 748 vehicles and 2,359 installed and packaged kits to modify the troop carriers for different missions, according to the military contractor Oshkosh Defense.

WASHINGTON (Sputnik) — Low Rate Initial Production of the Joint Light Tactical Vehicle (JLTV) will continue under an order placed by the US Army, the military contractor Oshkosh Defense announced in a press release on Tuesday.

"The order valued at more than $195 million, is the fifth order for JLTVs since the contract was awarded in August 2015," the release stated.

The JLTV is a heavy-duty replacement for the Humvee, which is more survivable against improvised explosive devices, landmines and hostile enemy fire, according to published reports.

As Humvees Age, US Army May Have to Replace Them With More JLTVs

Tags:
US Army, US
Community standardsDiscussion