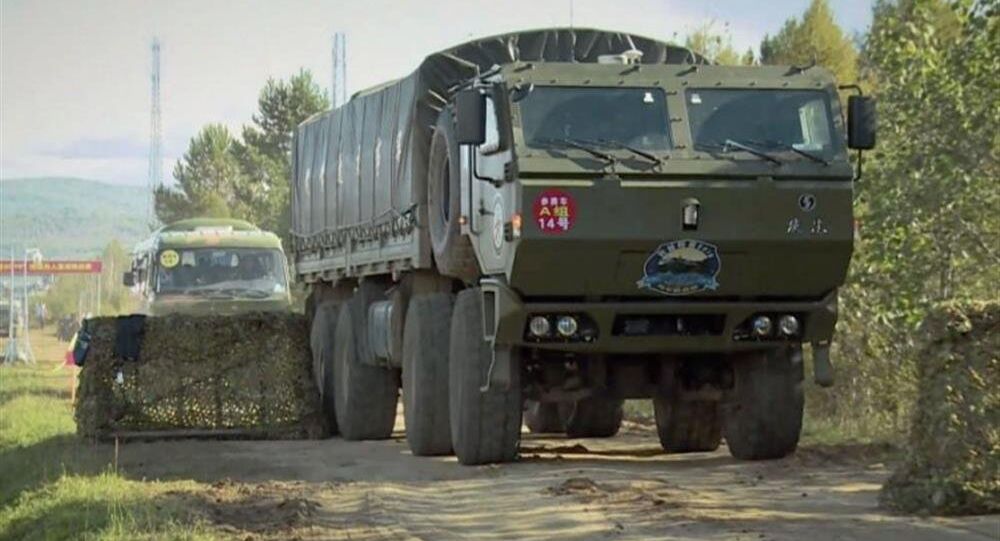 China’s army is developing technology to deploy an unmanned cargo supply truck, according to recent intelligence.

An unarmed 8-wheel, 4-axle prototype vehicle designed to carry supplies was revealed in a video recently released by the Chinese Ministry of National Defense (MND), and documented by British military and aerospace publishing company IHS Jane's.

© Photo : Chairman of the Joint Chiefs of Staff
Concerned Nations Should Get Used to China’s Naval Presence in Indian Ocean: Expert

Released July 16, the English-language PLA Today video does not contain specifics about the purported autonomous "battlefield smart supply" vehicle, other than to assert that China's military capabilities are on the rise, Jane's noted.

As Chinese military suppliers have in the past been known to base their heavy manufacturing on Western designs and platforms, the origins of the supply truck — appearing remarkably similar to a US military supply vehicle — are not known. Jane's observed that the Chinese truck appears to have an option for a human driver.

The unnamed Chinese prototype is known to have forerunners capable of autonomous, remote-controlled, and cow-calf operation, as well as to be able to incorporate the use of GPS navigation. China is thought to be using a similar technology platform transplanted onto a larger truck frame, according to Jane's.

The soft introduction of the new Chinese military vehicle by the MND, as well as the implementation of autonomous technologies, comes just two weeks before the 90th anniversary of the founding of the People's Liberation Army (PLA).

Concerned Nations Should Get Used to China’s Navy in Indian Ocean: Expert

'Global Growth in Big Trouble' if US, China Fail to Coordinate Economic Policies