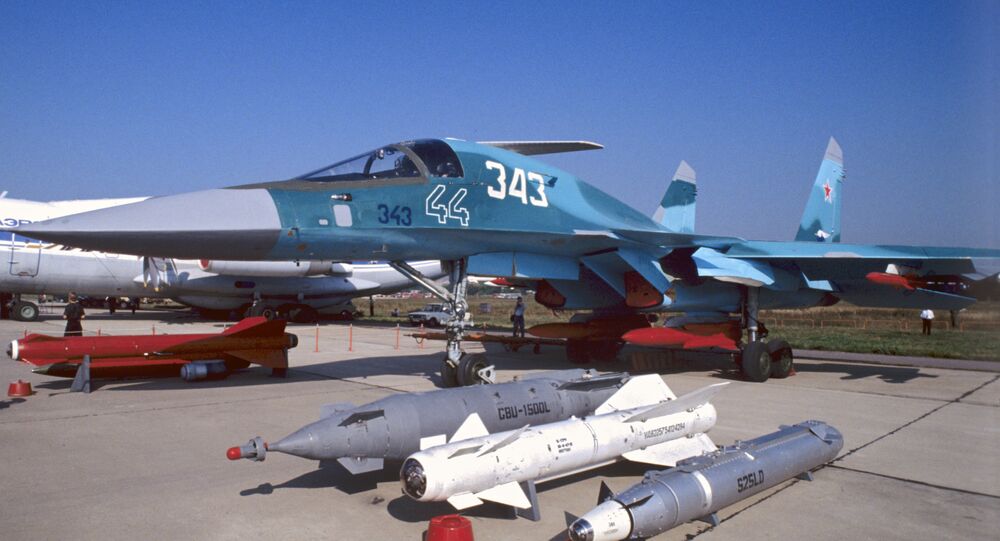 Russia is discussing with a number of foreign partners deliveries of the Su-32 bomber being used by the Russian Aerospace Forces in Syria but no contracts have been signed so far, Federal Service for Military-Technical Cooperation (FSMTC) Director Dmitry Shugaev said Wednesday.

© Sputnik / Alexander Vilf
Russia in Talks With Middle East Countries on Su-32 Bomber Jet Deliveries
ZHUKOVSKY (Sputnik) – The Su-32 is an export version of Russia’s Su-34 that was used in operations over Syria, which so far has not been purchased by a foreign country.

"Today there are no contracts. Foreign partners are showing high interest in this jet, which turned out to be highly effective during the Russian Aerospace Forces’ operation in Syria. The talks are being held but it is too early to speak about specific volumes and countries," Shugaev said on the sidelines of the MAKS-2017 air show.

In May, Russia’s military exporter Rosoboronexport said that some Middle Eastern countries, including Jordan, showed interest for the Su-32 bomber jet.

The 13th International Aviation and Space Salon MAKS-2017 kicked off on Tuesday in Zhukovsky, a town in the Moscow Region, and will last through Sunday.