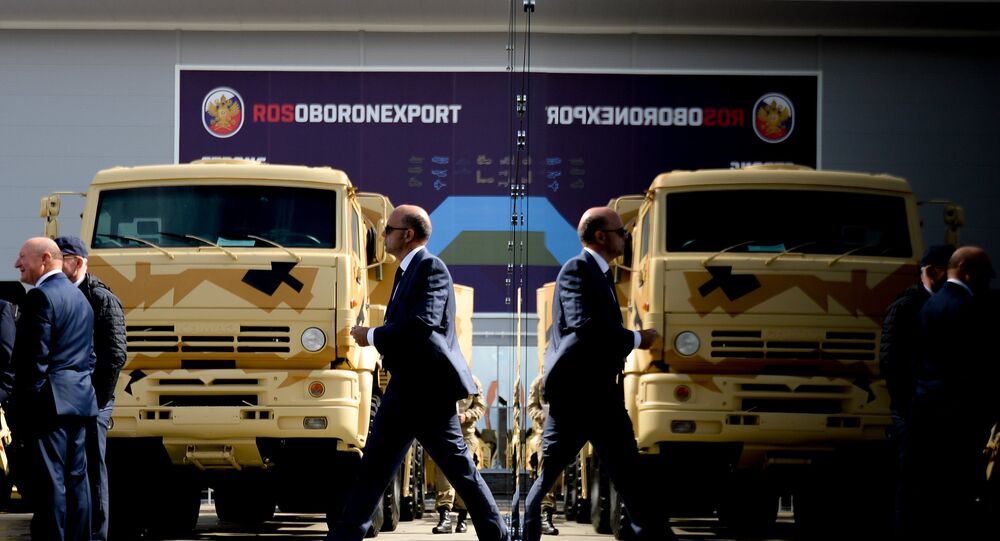 MOSCOW (Sputnik) — He added that the intermediary's orders portfolio had increased from $42 billion to over $45 billion in the first half of 2017.

"Over the past five years, exports through the company accounted for 15 percent of world military product exports, while Russia's total share was around 17 percent," Mikheev said as quoted by Rosoboronexport.

In 2016, Russia's state arms exporter Rosoboronexport delivered weapons and military equipment worth some $13 billion to more than 50 countries.

Mikheev added that the intermediary's orders portfolio had increased from $42 billion to over $45 billion in the first half of 2017.

"The main outcome of our work in 2016 was the start of deliveries of Su-35 planes to China, the entry of new Su-32 planes to the market and further implementation of naval projects with India… The use of Russian weapons in real combat operations has promoted the demand for S-400 air defense systems, as well as for Su-35 and Su-32 aircraft," Mikheev said.