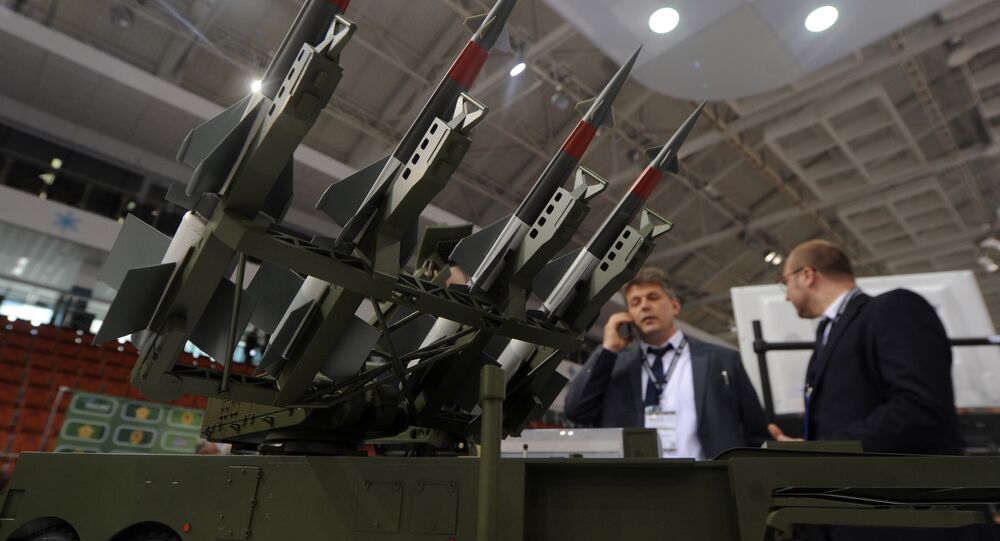 According to the company's director general, Rosoboronexport order backlog was worth about $45 billion.

"As part of the objectives of military-technical cooperation development, Rosoboronexport employees sign 2-3 contracts with foreign partners on a daily basis, and also present the same amount of commercial offers to them. Thanks to the active work, in 2016, Rosoboronexport delivered the Russian arms and military equipment worth over $13 billion to more than 50 countries," Mikheev told reporters.

He reminded that the company’s order backlog was worth about $45 billion, and that Russia was fulfilling about 5,000 international deals in the sphere of military-technical cooperation.

"This is a positive signal both for the Russian defense industry and the global market. Maintaining and increasing exports of high-tech products, which military and dual-purpose products belong to, does not only have a positive economic effect inside the country, but also contributes to enhancing of Russian influence in various regions of the world," Mikheev stressed.

Rosoboronexport is the state company exporting military equipment in Russia and among the world’s largest arms exporters. Its share in Russia's military exports amounts to 85 percent.