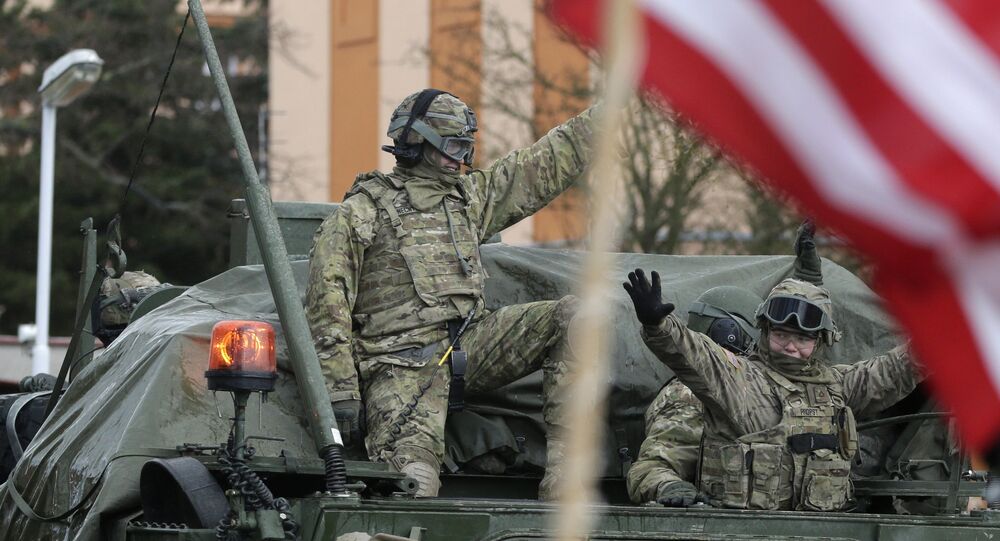 The US military has found itself in the midst of yet another sex scandal, and a former commander for the Army’s 1st Infantry Division has been demoted for having "an inappropriate relationship" with a junior officer.

Wayne Grigsby Jr. was formally reprimanded and demoted from major general to brigadier general after it was found that over 10 months, the former Fort Riley, Kansas, commander called and sent text messages to a female captain more than 850 times.

Documents obtained by the Washington Post also reveal that Grigsby spent time at the woman’s house. This incident makes Grigsby the sixth general the Army has had to punish for misconduct with women in the past year.

He was relieved of his duties in short order last September with officials citing a "loss of confidence" in his leadership ability.

In December, the Army initiated a review of its general-officer corps and appointed a three-star general to lead the effort.

Neither the unnamed female captain or Grigsby spoke to investigators but Grigsby did pen a letter to the service apologizing for his "inappropriate behavior." He is slated to retire on the first of August.

Grigsby told the Post that he was "embarrassed and disappointed" in himself for causing "pain" to the Army and his family.

The demotion and reprimand came after inspectors general at the Army and Pentagon received a series of complaints from Fort Riley that the Grigsby’s leadership ability had been negatively affected by his relationship with the woman.

According to one anonymous complaint, Grigsby’s wife moved out of their house after becoming aware of the affair and posted about it on Twitter.

The report noted that his command sergeant major and chief of staff approached Grigsby and "told him flat out that there was a very serious perception out there; 'people are talking about it, you need to stop.’"

There also concern that the former commander could be distracted from his unit’s forthcoming Iraq deployment, with one soldier saying his behavior "was affecting careers. He did not want it to get to the point where it was affecting lives."

The Air Force disciplined a retired four-star general in February for engaging in "inappropriate sexual acts" with a subordinate female officer while on active duty. In April, the Army filed criminal charges against retired Major General James Grazioplene for a 1980s child sex crime.

Moscow Considers US Justification of Airstrike Against Syrian Army Unacceptable