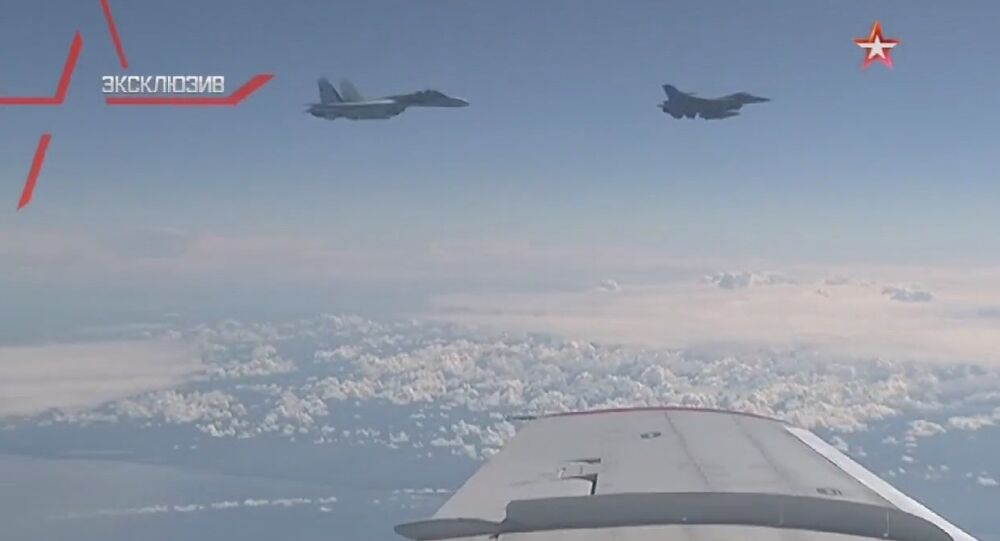 Watch a NATO F-16 fighter being directed away from the Russian defense minister's plane in Baltic airspace by a Su-27 jet on Wednesday.

Earlier in the day, a Sputnik correspondent reported that the NATO aircraft attempted to get close to Russian Defense Minister Sergei Shoigu's plane over neutral Baltic waters but was chased away by the Su-27.

© Photo : Sukhoi Company
Russian Su-27 Vs. US RC-135 in Baltic Incident: The Truth is Out There
Russia's Sukhoi Su-27 fighter, one of the aircraft escorting Shoigu's plane, then displayed its weapons, prompting the F-16 to retreat.

On June 6, the Russian Defense Ministry said it scrambled a Su-27 air superiority fighter over the Baltics to to intercept and escort a US B-52 strategic bomber that approached its borders.