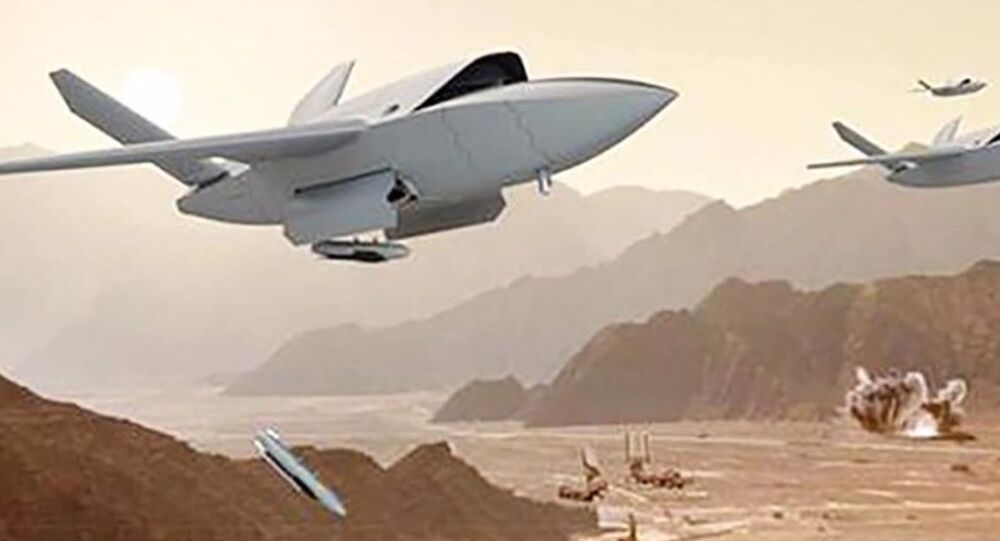 A California-based defense company this week announced that it will be rolling out a new set of drones to fly as robotic wingmen for human fighter pilots. Kratos Defense & Security Solutions developed the UTAP-22 Mako with funding from DIUx, the US Defense Department's Silicon Valley laboratory.

Kratos, with the backing of the Air Force Research Labs, has also separately showcased the XQ-222 Valkyrie, a 30-foot drone with a range topping out at 3,000 nautical miles. In preparation for a new round of testing, Kratos will be promoting the pilotless aircraft at the Paris Airshow next week.

The highly maneuverable Mako’s altitude capacity and supersonic speed capabilities could enable it to fly alongside the F-35 or F-16 fighters, according to aviation experts. After being awarded a $12.6 million contract for the drone, Kratos says it will soon determine how autonomous it can be, in advanced testing over California’s Mojave desert. The Mako has already successfully flown alongside manned aircraft.

Using a small Android tablet, a human pilot monitors the unmanned vehicle during testing, while it relies on sensors and artificial intelligence to mimic the manned craft’s movements.

"In order to exploit the maneuverability of one of these aircraft you need to have the sensing ability of when to exploit it," said Dave Deptula, a former Air Force general and current dean of the Mitchell Institute for Aerospace Power Studies, according to the Washington Post.

This development is part of an effort by the US military to discern how robotics may be used in future conflicts, in which human-piloted craft like the F-35 Joint Strike fighter will likely be accompanied by unmanned systems, though it’s unlikely they’ll replace manned crafts.

With price tag between $2 and $3 million, the reusable drones are less expensive to deploy than manned craft, and could improve safety by taking enemy fire if sent ahead.

Similar technology is being considered by the US Navy, which is exploring autonomous submarines capable of scouring the ocean floor and seeking out mines.

In 2015, then-Defense Secretary Ash Carter helped launch the Defense Innovation Unit Experimental (DIUx), conceived as a way to establish relations between the Pentagon and Silicon Valley. He tasked the group with funding emerging technologies outside of Washington’s borders.