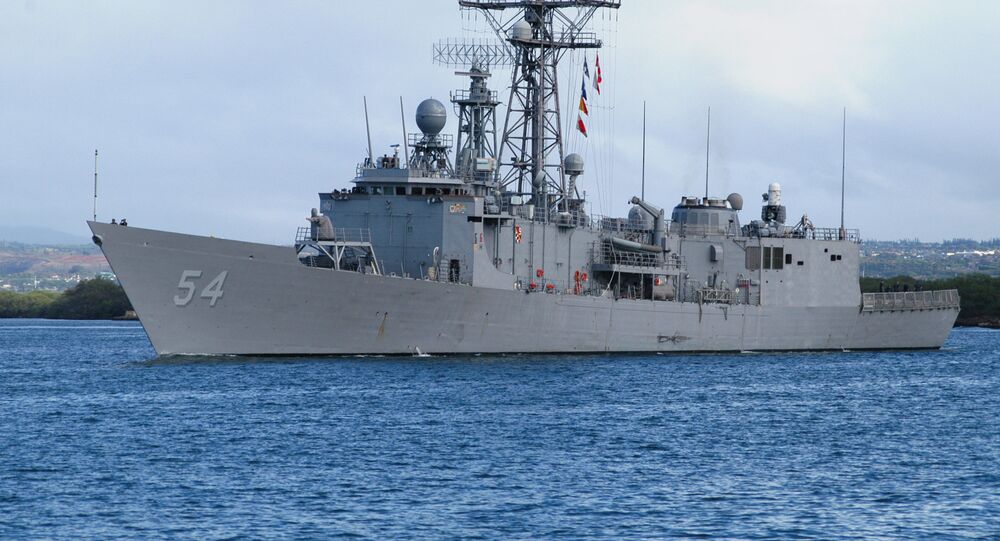 America’s Naval leadership is considering bringing obsoleted Oliver Hazard Perry-class frigates out of retirement and back into service, to bring the Navy closer to its goal of a 355-ship fleet.

In a speech before the US Naval War College in Newport, Rhode Island, Adm. John Richardson said that the move might be worthwhile if the cost of modernizing the obsoleted vessels wasn't too high. Richardson is the Chief of Naval Operations, making him the highest-ranking military official in the service.

"We've got to be thoughtful about this," he said. "Those are some old ships and the technology on those ships is old. And in this exponential type of environment, a lot has changed since we last modernized those. So it will be a cost-benefit analysis in terms of how we do that."

Oliver Hazard Perry-class guided missile frigates, named for the naval hero of the War of 1812,  were built in in the late 1970s and 1980s to replace World War II-era destroyers. The low cost of production meant that the Navy built quite a few of them, 51 in just twelve years, but it also meant that they did not age particularly gracefully and had short lifespans of 15-20 years on average.

Worse, later generations of warships outclassed the Perrys. The Arleigh Burke-class guided missile destroyers, which began deployment in 1988, utilized the then-cutting-edge Aegis missile defense system while the Perrys did not. Their relatively cheap design and outdated armaments earned the Perrys the derisive nickname of "the ghetto fleet."

"We kind of got rid of [Perry-class frigates] at the 25-year point; we didn't do maintenance on them," said Vice Adm. Thomas Moore during a recent address to the Center for Strategic and International Studies. "The reality of it is, we really got rid of a lot of those ships because, from a combat systems standpoint, they had become obsolete."

Between 1994 and 2015, all of the Perry-class frigates were either decommissioned or sold/gifted to US allies such as Bahrain, Egypt, Poland, Pakistan, Taiwan and Turkey. Others were sunk for use as diving or fishing reefs, dismantled for scraps or destroyed in missile tests.

But 12 Perry-class frigates are still owned by the Navy, part of the "mothball fleets" of inactive ships. While some may still be sold to foreign militaries, it is possible for the others to be modernized and redeployed. Assumedly, restoring the Perrys and equipping them with modern weaponry would be cheaper and faster than building new vessels from scratch.

During his speech, Richardson also discussed the main prong of his plan to reach the magic number of 355: extend the lifespan of existing ships by altering and expanding existing platforms as well as equipping ships with new weapons like directed energy laser guns.

"There are many types of those technologies that are out there, imaging radars, those sorts of things, to make each of these platforms more capable, delivering more naval power," he said during the speech.