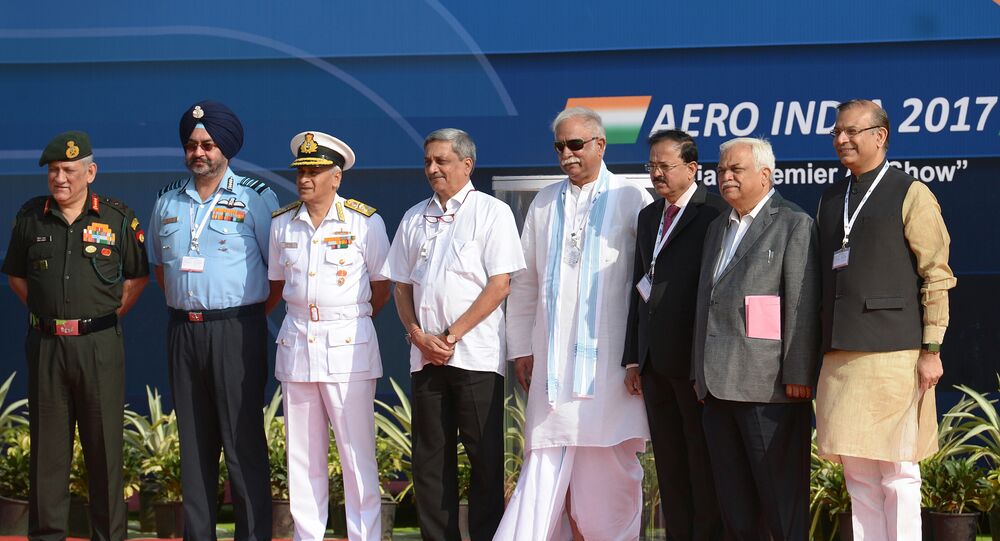 NEW DELHI (Sputnik) — The order is said to have been thought up to promote foreign direct investment (FDI) in the defense sector which has been meager due to the belief that there is a dearth of business.

"The FDI changes merely do not ensure that immediately the entry of participants will take place because there is only one purchaser in India i.e. Indian government. So, unless opening of FDI is accompanied by some reasonable possibility of possible investors getting order, he is not going to set up an establishment. It is linked to the kind of order he gets.  There are no two procurers, there is only one and that is why the strategic partner policy now has been brought in as it will supplement the FDI policy," Indian Defense Minister Arun Jaitley said in New Delhi.

© AP Photo / Rafiq Maqbool
India Ensures Greater Naval Presence in Pacific With Fiji Defense Pact
Jaitley's comment comes in the backdrop of negligible FDI in defense sector amid record FDI inflows of $55.6 billion for 2015-16 and $60.08 billion in 2016-17. India revised its FDI policy last year where it allowed FDI up to 49% through automatic route and beyond 49% under government approval route to attract foreign companies for establishing production lines in India. But the Narendra Modi government has been able to attract merely $1 million FDI in defense sector over the last three years. India's defense ministry has asked countries like Russia, Germany, France and the US to manufacture defense equipment in India through joint venture and transfer technology.

In strategic policy too, 49 % FDI cap has been kept for the production of defense platforms and the companies will be in control of Indian entities.

"In certain extreme circumstances of conflict like war, the Government of India would have the right to acquire control over the intellectual property used and facilities developed pursuant to the strategic partnership," the policy document said.

"Whether the strategic partners come through FDI route or he just comes with technology tie-up they would be free to do so," Jaitley added.

India imports 70 percent of its military hardware from different countries which it wants to bring down by various means including setting up manufacturing units of foreign firms in India.