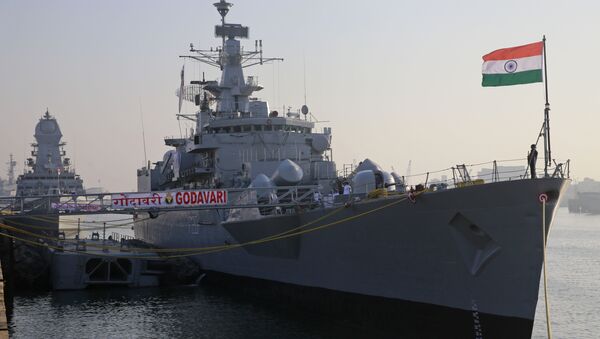 In a major push to play a larger role in the southern Pacific, India has signed a defense pact with Fiji which includes intelligence, military training and defense production during the visit of Fijian Minister of Defense and National Security Ratu Inoke Kubuabola in New Delhi.

NEW DELHI (Sputnik)- The two countries have discussed expanded defense partnership in maritime security between both countries and naval cooperation was identified as an area of promise.

"A MoU on defense cooperation envisaging several areas of cooperation including in defense industry, military training and humanitarian assistance and disaster management was signed," a statement issued by the Indian Defense Ministry said.

This arrangement in future capability is strategic, as well as operational with the intention to improve Fiji's existing naval capabilities and to strengthen a systematic military program under the Fiji-India bilateral framework, Ratu Inoke said.

India Says Defense Preparedness Necessary for Peace in the Region
The Indian Maritime Security Strategy has classified the Western Pacific Ocean as the secondary area of maritime interest to India. The Narendra Modi government has given special emphasis to Fiji considering the strategic value of the region.

"The pact is significant because it underscores New Delhi's geopolitical stakes in the Southern Pacific and embeds India further within the strategic dynamic of the Asia Pacific. Greater cooperation between the Indian Navy and Fijian defense forces is likely to translate into greater Indian naval presence in the Pacific," Commander Abhijit Singh (retired), Indian Navy, said.

Prime Minister Modi had played an instrumental role in the creation of the India-Pacific Islands summit format as a means for India to advance its interests in the region and to work with Pacific Island nations on issues including trade, climate change, diplomacy, and space cooperation.

The Indian Space Research Organization is also setting up a new space research and satellite monitoring station on the Fiji Islands. An emerging space power, India presently relies on the US and Australia for assistance in monitoring its satellites over the Pacific.

China has greater presence in Fiji in terms of trade and economy in comparison to other countries including India. Fiji and China have a long-term training exchange program under which several Chinese naval vessels visit this island nation.