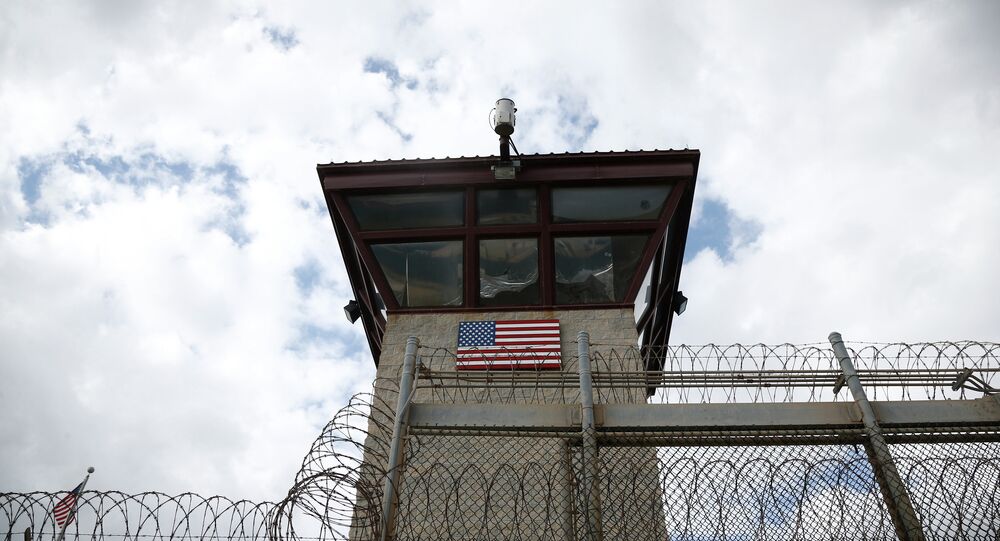 The United States has established hundreds of military facilities all over the globe and will only build more, President of the Brazilian Center for Solidarity and Struggle for Peace (Cebrapaz) Antonio Barreto told Sputnik Mundo, saying that overseas military bases present a threat to global peace and stability and need to be closed down.

"We, peace advocates, urge to close foreign military bases. A large-scale campaign is needed right now since we are on the verge of a major armed conflict on the Korean Peninsula which could see the use of nuclear weapons. US warships, nuclear submarines and troops are already there. They pose a threat to China, all nations in the region and the peace in the world," he said.

© REUTERS / Michael Peterson/USAF/Handout
Korean Crisis: Is US Creating Shield Against Potential Nuclear Retaliation From Russia, China?
These remarks were made during the V International Seminar for Peace and elimination of Foreign Military Bases held in Guantánamo Bay, Cuba, on May 4-6. Representatives of approximately 30 countries took part in the event.

Antonio Barreto criticized the United States for carrying out an interventionist foreign policy and investing millions into its overseas military presence.

"These bases present a threat to humanity. American imperialism has promoted them. Right now, the US has more than 800 military bases on all continents. The Trump administration does not intend to reduce their number. Instead they are building new ones as seen in Argentina, Colombia and other nations, primarily located in South America," he said.

Unsurprisingly, the International Seminar has always taken place in the Cuban province of Guantanamo, a place which has become synonymous with torture and unlawful detention.

"Approximately 117 kilometers of the Guantanamo province have been occupied by a US military base, which has turned into a center for torture and horrifying violation of human rights of alleged 'terrorists' kept there for more than a decade," Barreto said.