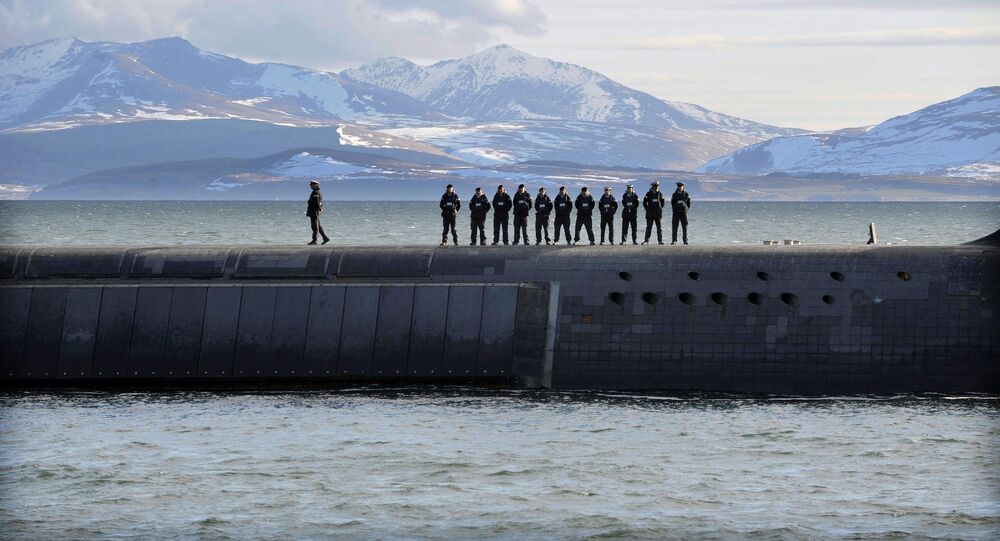 British Defense Minister Michael Fallon has said that Prime Minister Theresa May would launch a preemptive nuclear strike if she feels it is needed. The majority of Britons seem to support this attitude. But just how dangerous is this kind of rhetoric?

© Photo : Pixabay
More Than 50% of Brits Back PM, Would Launch Nuclear Attack If Need Be - YouGov
Radio Sputnik's Brian Becker spoke with Alexander Mercouris, editor-in-chief of The Duran, to try to parse Fallon's statement.

Britain is in the midst of a general election. Labour's Jeremy Corbyn is a well-known opponent of nuclear weapons, despite his party's general refusal to condemn them.

​So Fallon's statement is purely political in nature, Mercouris explained. It aims to highlight the division between the Labor Party's dominant faction and its leader, to depict him as a weak candidate.

"It's a very irresponsible thing to do," he told Becker.

So far, it's worked. Mere hours after Corbyn made a statement Sunday that he would never authorize a pre-emptive nuclear strike, members of his party spoke out to the contrary. Interestingly, Mercouris pointed out, many within the Labour Party are perfectly aware of Fallon's pretense and are "perfectly comfortable to play along," he said.

There are those within the Labour Party opposed to Corbyn's leadership, and his resistance to militarism will "freeze these people out," Mercouris explained, rendering them unable to promote their own more aggressive ideas. These people are eager to deepen the division within the party, he says.

"The subject of the British nuclear weapons is far too serious and far too important to be used in this way," Mercouris noted, adding that statements like Fallon's, even if uttered away from media cameras, have a range of ramifications.

"If we start using them or threatening to use them on a regular, routine basis, then, I'm afraid, the whole structure of international relations we know will collapse and we will be in mortally dangerous situation; indeed, the one in which a disaster is likely to happen," he added.

© CC0
US Missile Defense Allows Covert Nuclear Strike Against Russia - General Staff
Mercouris noted an absence of criticism on the global stage toward May or US President Donald Trump for making threats of missile or even nuclear strikes, while other nations such as North Korea are threatened with retaliation merely for testing a nuclear weapon on their soil, calling the perspective of defense talks today akin to "Alice in Wonderland."

If examined realistically, Mercouris noted, since the Korean war in the mid-20th century, North Korea has not started a single war with a foreign nation; NATO, on the other hand, has waged wars left and right in the meantime.

"It would be a complete reversal of fact to say that North Korea is the danger; it is a country which is in danger, and that's why it is acquiring nuclear weapons," he added.

It would be an interesting situation, Mercouris said, should Russian President Vladimir Putin or Chinese President Xi Jinping make a similar statement: to announce publicly that their countries would start a nuclear war if they felt threatened.

"The British establishment would have gone absolutely berserk on it," he said, and waves of denunciation would have followed. "Especially, dare I say, if it would be made by Mr. Putin, who is a particular bogeyman in Britain. The Chinese leadership and North Korea — they're too far away to concern the British people," Mercouris said.