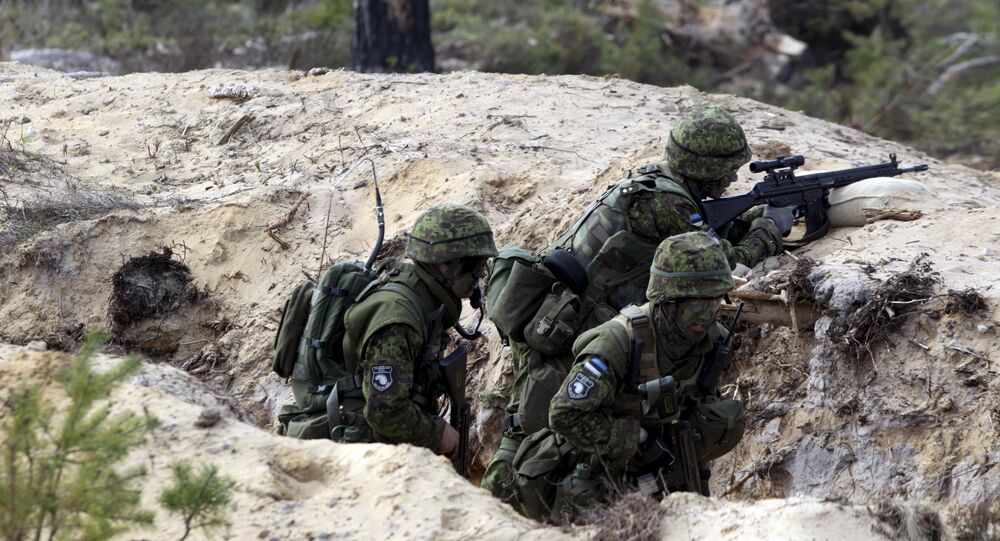 NATO is pursuing a policy of "a forced advancement of interests", the Russian defense minister said.

MOSCOW (Sputnik) — Russia views the North Atlantic treaty Organization's (NATO) actions in Norway, the Baltics, Balkans and the Arctic as a demonstration of the forceful advance of its interests, Defense Minister Sergei Shoigu said on Wednesday.

"We consider these actions by NATO as a demonstration of a forced advancement of their interests," Shoigu said at the VI Moscow Conference on International Security.

© Sputnik / Alexander Kovalev
NATO Gets All Hot & Bothered for Norway's Svalbard Archipelago, Russia Says Stay Out
He called the alliance's air policing in the Baltics as "in fact becoming part of the so-called restricted access zone covering the Kaliningrad Region and the eastern part of the Baltic Sea."

On March 30, President Vladimir Putin said that NATO aircraft's activity in the Baltic sky was "much higher" than that of Russian planes.

Airspace incident prevention agreements between Russia and NATO are critical at a time of low trust between the sides, Shoigu said.

"We consider these agreements to be of fundamental importance right now, when the trust level is at an extremely low level," he said.

The minister added, "We regret that Finland's initiative on military aviation flights over the Baltic Sea with switched-on transponders, supported by the Russian president, was ignored by NATO."

NATO has repeatedly accused Russia of alleged violation of the airspace over the Baltic Sea, which prompted Moscow to made proposal in July 2016 to ensure air safety in the Baltic region through various means, including flights with transponders turned on.

Flight transponders are used in aviation to identify planes from the ground.

© AP Photo / Charlie Riedel
One in Three Russians Fears War With US & NATO – What's Driving Their Concerns?
Moscow has expressed concerns over NATO's expansion to the east some time ago, stressing that it should be immediately stopped. Since 2014, after Crimea rejoined Russia, NATO has been increasing its military presence in Eastern Europe, using the countries’ vulnerability to alleged Russian aggression as a pretext.