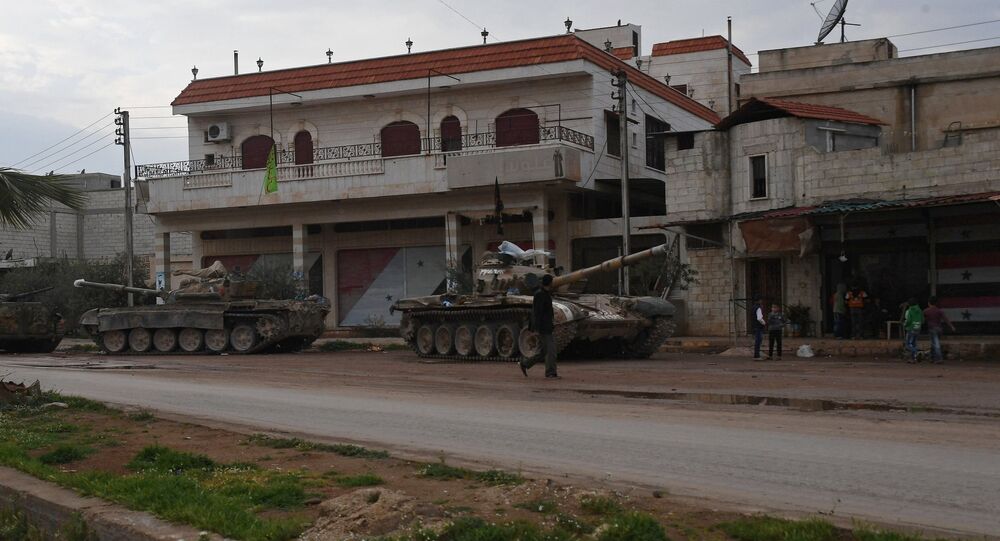 Damascus has recaptured a strategic town north of Hama, as it pushes Free Syrian Army militants beyond the province border.

The advance of forces loyal to Syrian President Bashar al-Assad was preceded by heavy bombardment by what is believed to be Russian Air Forces, supported by Iranian-backed Shia militants.

"There was hysterical bombing that targeted the town and the whole area and rebels fought fierce battles until they were forced to pull out," Reuters cited one rebel, a member of the Jaish al Izza group, which has a strong presence in Hama province, who spoke on conditions of anonymity.

The report also mentioned heavy bombardment around Al Lataminah and Kafr Zayta, which together form a "peninsula" of  militant territory in Hama province. Should all of these towns, as well as the border town of Murak, be recaptured, the Syrian army will have its boots on the province borderline.

"The army's advance into Soran rolls back most of the territorial gains made by rebels, who include jihadist groups, after a major offensive last month in northern Hama province in the center of the populated west of the country," reads the Reuters report.

The retreating rebels reportedly attempted a retaliation strike by firing rockets at the nearby Hama military airport. Information on damage there is currently unavailable.

The town of Suran should not be confused with another town of similar name, located northeast of Aleppo, and taken away from Daesh forces by Syrian army three months ago.