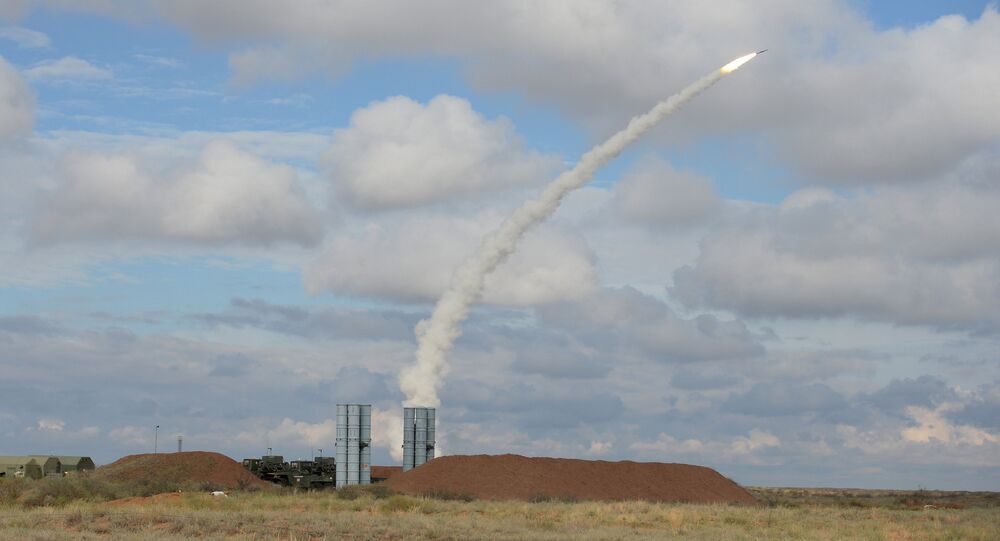 The S-500 Prometey isn't merely a next-generation Russian missile system; it can be seen as as a whole set of measures to turn the Russian air defense system into a single information space, according to the Russian news network Zvezda.

Earlier this week, Viktor Bondarev, head of the Russian Aerospace Forces, said that the S-500 air defense systems will be put into service in the near future.

Russian Deputy Defense Minister Yury Borisov, for his part, said in early April that next year will see the start of the S-500 systems being supplied to the Russian Aerospace Forces. He declined to elaborate.

"It is safe to say already now that Russia has created the world's first multi-stage air defense system, that will reliably protect the country from massive missile strikes," Zvezda said.

It added that "the S-500 will analyze information about a possible missile attack obtained by early warning satellites and over-the-horizon radars, such as the Voronezh, as well as select targets, in terms of their importance, cut off false targets at a great distance, accompany all this and finally issue target designations to various systems."

With Yury Borisov keeping mum on details of the S-500's performance characteristics, experts explained, meanwhile, that the new system, designed by Almaz Antey, has a range of 600 kilometers (more than 370 miles).

The S-500 can simultaneously intercept up to ten ballistic and hypersonic missiles traveling at a speed of 7 kilometers per second. It is capable of engaging targets at an altitude of up to 200 kilometers (more than 120 miles).

"On top of that, the S-500 can intercept nuclear warheads entering the dense layers of the atmosphere at speeds up to ten kilometers per second," Zvezda said, adding that the S-500 will be a major upgrade to the state-of-the-art S-400 system that is already in service with the Russian Armed Forces.

In this context, Zvezda quoted military expert Sebastien Roblin as saying that "overall, it seems the S-500 design really is focused on the missile-defense mission" even though 'there has also been some buzz that the S-500 will be more effective against stealth aircraft."

© Sputnik / Ramil Sitdikov
Russia's New Air Defense System to Be in Line With Armata Tank
"It is clear the S-500 is intended to serve as a high-altitude antiballistic missile system for home defense, and that its very long range could make it useful for anti-access/area denial and antisatellite tasks," Roblin wrote in his article, which was published by the US magazine National Interest.

"It is also evident that it is designed to be mobile and hard to detect or hack into, so as to resist air-defense suppression strikes," he added.

Russian expert Viktor Murakhovsky, for his part, touted the S-500's characteristics as second to none.