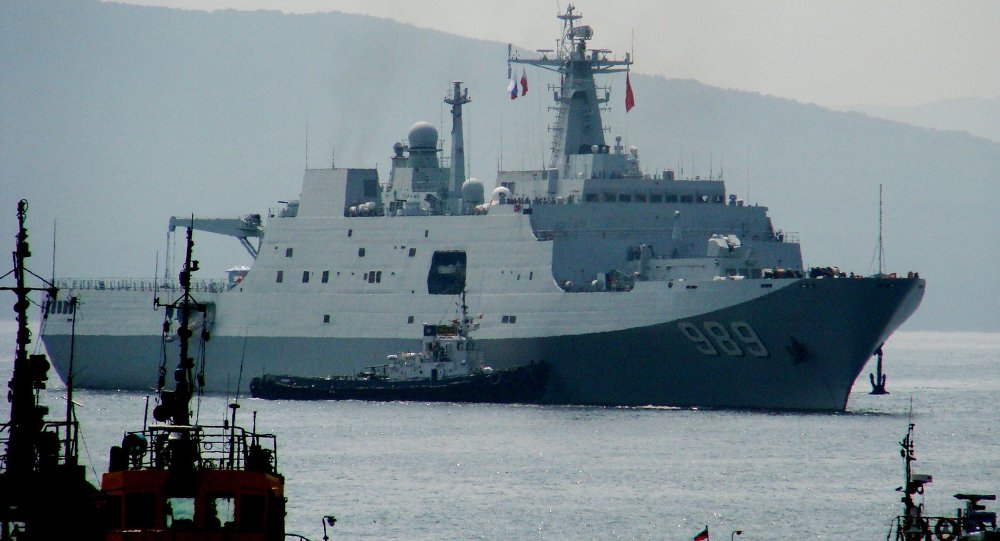 The Yuzhao-class amphibious warfare ship is nearing completion and could join the PLAN fleet as soon as the end of the year, IHS Janes reported Thursday.

The vessels, sometimes referred to as Type 071 ships, can mobilize large groups of personnel, helicopters, tanks and boats for shore invasion missions.

According to Peter Roberts of the Royal United Services Institute, China’s military future is more predictable than its economy. The financial landscape is plagued by declining profitability and debt levels that make it difficult to finance new projects – a concept also referred to as debt overhang.

Further, China’s financial landscape has yet to see the consequences of its legions of zombie companies, which require continuous infusions of outside capital to continue operations, play out.

But China’s naval future is far more certain: the PLAN wants a fleet of 500 ships, RUSI reported, and all indications suggest that is entirely within capacity for the world’s second largest economy. For perspective, US President Donald Trump’s ambitious and expensive naval target is to maintain a fleet of 350 sea-roaming warships.

The construction of an amphibious ship reflects a broader priority for China’s Navy to emphasize "near shore" and "near sea" operations, according to Dean Cheng, a senior research fellow at the Heritage Foundation. Focusing on these types of missions is part of China’s defense strategy in the event of an invasion. Amphibious capabilities also serve the tactical purpose of allowing PLAN to "challenge adversary operations" in the East and South China Seas.