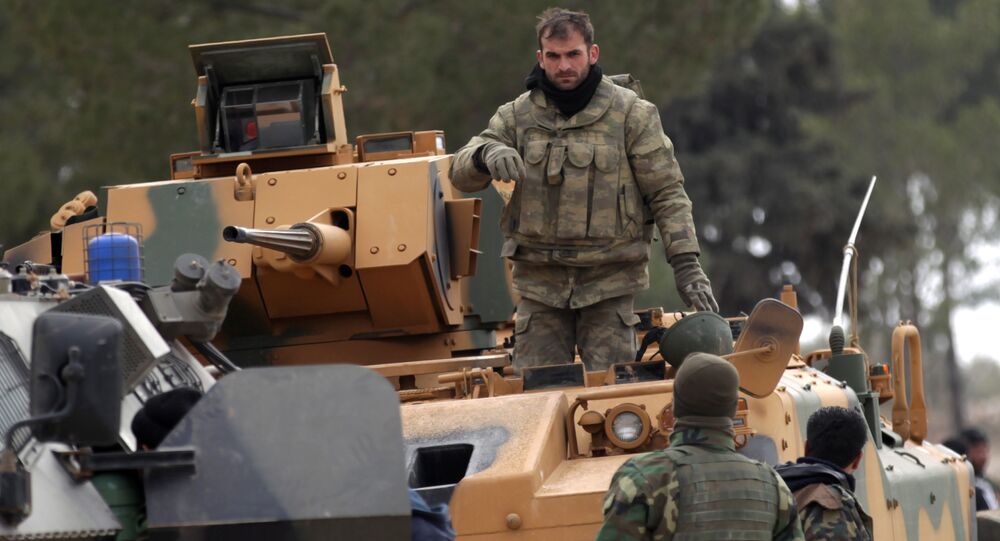 Turkey will continue its efforts to ensure its national security in Syria, despite the end of the Euphrates Shield operation, the Turkish General Staff said in a statement obtained by Sputnik on Friday.

ANKARA (Sputnik) — On Wednesday, the National Security Council announced that Ankara formally ended the campaign, saying that it was a success. The council did not specify whether Turkey plans to pull its forces from the region.

"The Euphrates Shield operation, launched on August 24 to protect our national security from terrorists, primarily from the Islamic State terrorist group [Daesh, banned in Russia], conducted in coordination with the international coalition, was successfully completed at this stage. Efforts to ensure national security, prevent any undesirable incidents, and to ensure the possibility of our Syrian brothers returning to their homes will continue," the statement said.

Ankara viewed Kurdish activities as an attempt to achieve greater autonomy and eventually establish and independent state, something Turkey views as unacceptable. Operation Euphrates Shield was supposed to prevent this from happening. In fact, the Turkish leadership has always maintained that its military offensive was targeted against Daesh and the Kurds. President Recep Tayyip Erdogan and his supporters view both groups as terrorist organizations.