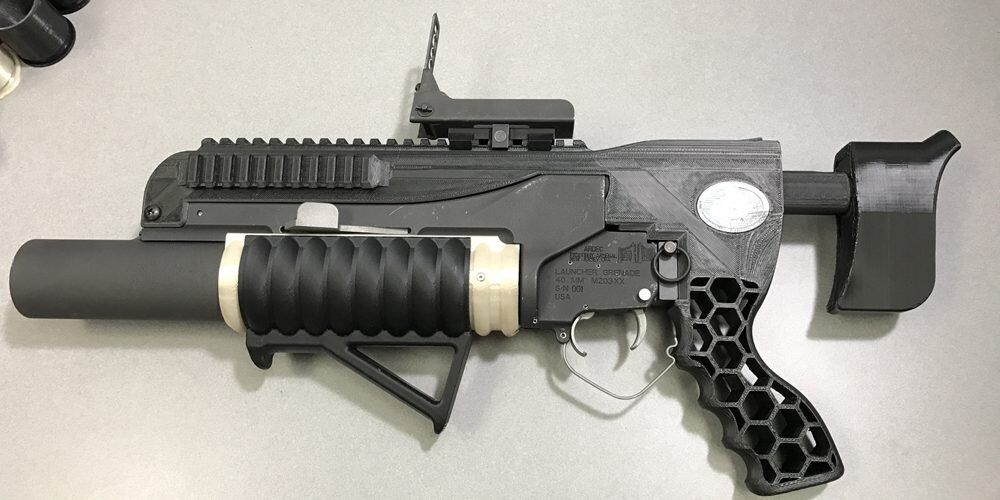 The US Army’s Rapid Additively Manufactured Ballistics Ordnance (RAMBO), which builds 40mm grenade launchers and ammunition, has been tested by the service for the first time.

Additive manufacturing, the military’s phrase for 3D printing of weapons, “could allow engineers to provide munitions to soldiers more quickly,” according to the Army. RAMBO “epitomizes a new era of rapidly developed, testable prototypes,” the Army notes.

Specifically, the 3D printers constructed a replica of the M203A1 grenade launcher, a weapon that first entered service in 1969 as an attachment for M-16 rifles. The service has looked to replace the M203A1 with the a newer variation. In 2009, the Army began attaching the commercial, off-the-shelf M320 grenade launcher module to its rifles, a weapon attachment made by German manufacturer Heckler & Koch. Currently, all of the 50 components of the M203A1 are produced via additive manufacturing, save for the springs and fasteners, KitUp reported.

The successful test was the result of a collaborative effort between the US Army Research, Development, and Engineering Command, the Army Manufacturing Technology Program and America Makes, a “national accelerator” for 3D printing technologies, the US Army Acquisition Support Center reported.

“The testing included 15 tests shots with no signs of degradation,” the center said, adding, “all the printed rounds were successfully fired, and the printed launcher performed as expected.”

The rounds reached velocities within five percent of those produced by a standard-production grenade launcher. One issue that slowed down the grenades was a problem that ended up showcasing the versatility of 3D-printed weapons. A crack in the cartridge casing forced grenades to exit the barrel at lower speeds, the Army said. “The issue was quickly rectified with a slight design change and additional 3D printing…this demonstrates a major advantage using AM [additive manufacturing], since the design was modified and quickly fabricated without the need for new tooling and manufacturing modifications that conventional production would require.”

© Sputnik / Mikhail Voskresensky
'Space Wars are Likely in the Future' as US, Russia Developing Satellite Weaponry

While the Army used 3D printing for the 40 mm rounds as well, the force chose this ammunition because it is “simple” and does not use “any energetics,” such as explosives, propellants and pyrotechnics, which still must gain approval for use in 3D printing.

The prototype’s components were completed in just 35 hours, representing a more cost-effective way for the US military to supply troops with weapons.