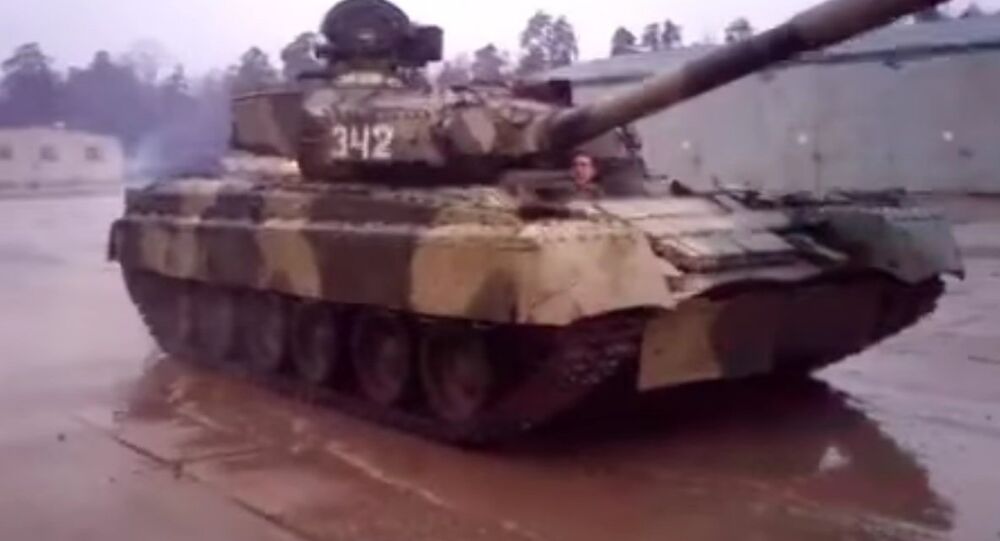 A video depicting the T-80UD tank is making waves on the internet as it shows the tank racing at high speeds and performing a stunt which would put Formula One drivers to shame!

In the video, which lasts only 26 seconds, the multi-toned Russian armored vehicle is seen racing at enormous speeds and suddenly makes a 180-degree turn. The sparks that fly from under the tank while it drifts gives the whole scene an even more dramatic effect.

The T-80 is the world's first serial tank with a single gas turbine power plant. It was adopted by the USSR Army in 1976 and became a kind of Soviet response to the German "Leopard 2."

The T-80UD is a variant of the T-80U main battle tank, fitted with a diesel engine in place of the high-performance gas turbine.

Last year, information appeared suggesting that the T-80 tank will be modernized.