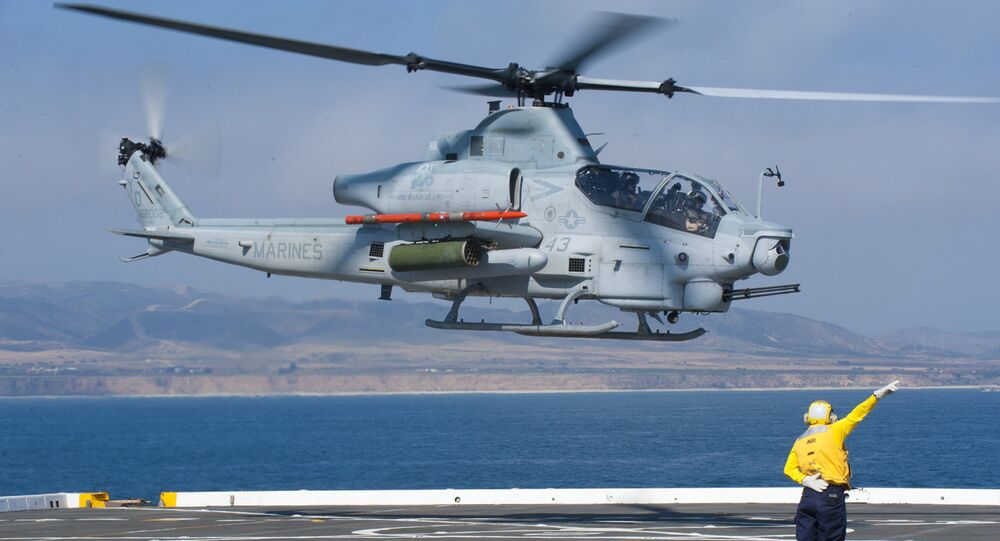 Lockheed Martin was awarded by $150Mln contract to provide the US Marine Corps with the Target Sight System (TSS) for the AH-1Z Viper attack helicopter, according to official statement.

WASHINGTON (Sputnik) — Lockheed Martin announced in a press release on Tuesday it has been awarded a $150Mln contract to produce the Target Sight System for the US Marine Corps Viper attack helicopter.

© Flickr / National Museum of the U.S. Navy
Pentagon's Spending Spree? Lockheed Gets Two Trident Missile Contracts in a Week
The helicopter, which is also known as "Zulu," has a fully-integrated air-to-air missile capability. It is equipped with third generation forward-looking infrared radar as part of its Target Sight System.

The total value of the contract if Lockheed Martin exercises all options is $285 million, according to the release.