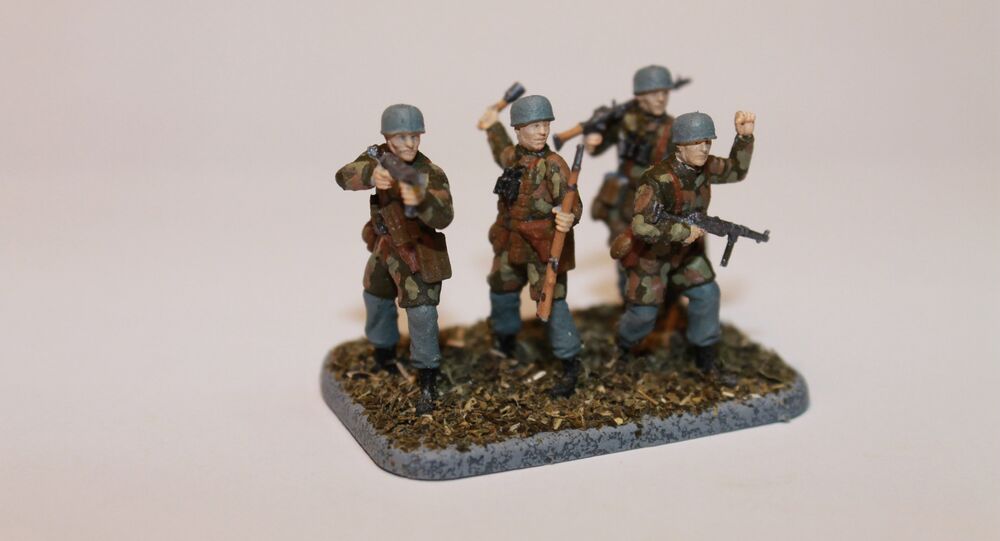 Previously, Finland was found to have discriminated against dual Russian-Finnish nationals by restricting their options of military service due to security concerns. Now, the same prejudiced attitude seems to have spread to the Finnish border troops.

© Flickr / duvin
So Much for Equality: Finnish Defense Discriminates Finnish-Russian Citizens
Interior Minister Paula Risikko initiated the drafting of a bill aimed at barring dual citizens from the Border Guard, Finnish national broadcaster Yle reported. Measures to review the current legislation regarding persons with dual citizenship are part of the Finnish government program as part of raising preparedness against "hybrid threats."

The newspaper Helsingin Sanomat added fuel to the fire by reporting a case where a job seeker was denied a post at the Foreign Ministry after it had surfaced that the person possessed both Russian and Finnish citizenship. The newspaper claimed to be in possession of a taped conversation, in which the applicant was denied specifically due to his dual citizenship. In the tape, a Foreign Ministry official admitted that the applicant would have received the job if it were not for his Russian citizenship. The conversation was reportedly taped by the applicant himself to protect his rights.

As the affair began to untangle, Kainuu Brigade was revealed to have denied people with dual citizenship from training to become drone pilots. Armed Forces representatives admitted to Yle that similar instructions may have been given to other brigades as well.

© Flickr / Jørn Eriksson
Norway Revs Up 'Russian Threat' Despite Risk of Islamist Extremism
Earlier this week, Finnish national broadcaster Yle revealed that the country's Armed Forces were applying restrictions to Russian-Finnish dual nationals currently serving or wishing to serve. According to confidential information obtained by Yle, dual citizens could be even barred from taking up certain posts with access to classified or sensitive data for fears they could possibly be under Russian influence.

Finnish Defense Minister Jussi Niinistö denied this information and ventured that Yle had fallen victim of deliberate disinformation. Later, Niinistö went on to accuse the Finnish national broadcaster of damaging Finland's relations with Russia with false news. However, the very same Jussi Niinistö claimed in his blog earlier this week that there was a loophole in Finnish law, through which Finland could be swarmed by "little green men," implying Russian soldiers.

Finnish Security Police (Supo) joined the debate by supporting the restrictions and suggesting that dual citizens should be specifically considered in the fight against foreign surveillance.

"All Russian citizens, regardless of whether they have dual nationality or not, must help the Russian security authorities if asked to," Supo chief Antti Pelttari said, as quoted by Yle, suggesting further restrictions in order to avoid dual citizens accessing sensitive information.

© Photo : Pixabay
Finland Launches Anti-Hybrid Warfare Center to Fight 'Imaginary Russians'
Finnish President Sauli Niinistö called for a re-evaluation of dual citizenship laws. According to Niinistö, the goal of the dual citizenship law, introduced in 2003, was to facilitate the re-integration of Finns returning from Sweden, as well as to help attract top class talent to live and work in Finland. However, things have changed, Niinistö said, reminding of the fact that Russia consistently refuses to grant dual citizenship.

According to Hanna Smith, expert of the Aleksanteri Institute Finnish Centre for Russian and Eastern European Studies, this debate will not deteriorate Finnish-Russian relations, suggesting that it is an international trend to see dual citizenship as a security risk.

However, Tanja Ljungqvist, who is a Finnish-Russian citizen living in Finland for 26 years, suggested to Yle that the current debate implied a risk of Finnish-Russians becoming "second-grade citizens."

At present, the Russian diaspora in Finland is estimated at around 60,000 people, of which around a third reportedly have dual citizenship.