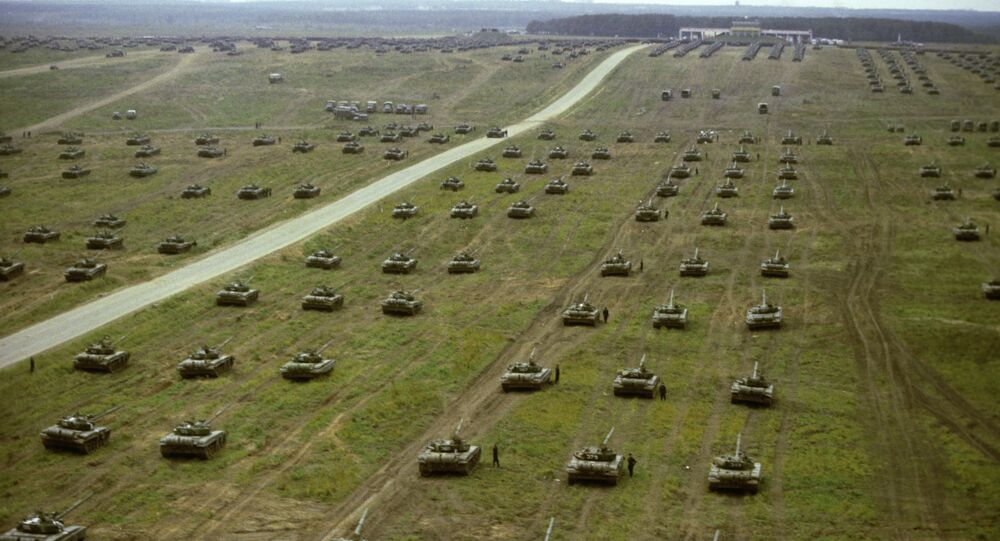 The US-based research firm Potomac Foundation and Poland's Casimir Pulaski Foundation teamed up this week to simulate a full-scale war scenario with Russia, based on a hypothetical Russian attack on the Baltic states. Using the Hegemon computer-based simulation platform, the wargames were sponsored by Western and Polish defense companies.

The wargames, which took place this week between Monday and Thursday at the Warsaw National Stadium – the site of the NATO summit in last July, were sponsored by the US defense companies Raytheon, Lockheed Martin and Northrop Grumman, as well as Sweden's Saab and the Polish defense company Polski Holding Obronny.

Defiantly demonstrating that nothing has changed since President Donald Trump's election, organizers of the wargames told Gazeta Wyborcza that the games were held "to help the West understand the essence of the military threat from Russia."

According to the Casimir Pulaski Foundation's description of the event, the computer simulation, codenamed Hegemon Baltic Campaign, was used "to identify force structure and defense planning requirements for defeating Russian General Staff plans for the occupation of the Baltic States." Intriguingly, the wargames also played upon supposed Russian efforts to ensure "the disintegration of the European Union and NATO."

© AP Photo / Alik Keplicz
'Provocation Against Russia': German Party Protests NATO War Games
The simulation's findings are being compiled into a report that will be handed over to Poland's Ministry of Defense.

Last year, Karber, serving as a consultant to the Latvian Defense Ministry at the time, suggested that the Baltic states would have a good chance to defend against a Russian attack due to their swamps and narrow roads.

Earlier this month, another simulation was held by US lawmakers, this one also featuring a hypothetical invasion of the Baltic states by Russia. The paper map-based simulation was attended by members of Congress and experts from the RAND Corporation, as well as Estonian officials.

In recent years, US analysts have warned repeatedly that Russia could take over the Baltics in a matter of days, if not hours. Moscow, for its part, has repeatedly questioned the logic of such analyses, asking what reason Russia could possibly have in invading members of the NATO alliance and starting World War III. Russian military experts and officials have also urged Western officials not to create "pseudo-analyses" about any hypothetical Russian attack on Europe.