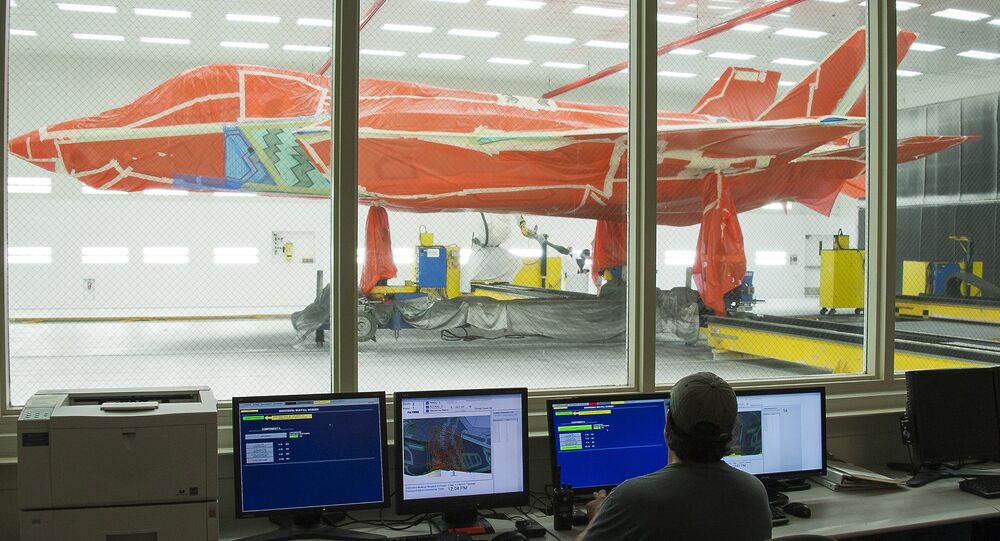 "L-3 Communications CEO Michael T. Strianese said that they hope that bad years are behind them and that they are entering the era of increased defense spending," Plekhanov said. "According to Marillyn Hewson, who heads Lockheed Martin, the company is working with Trump's transition team. Leanne Caret, president of Boeing Defense, Space & Security, contemplates spending more time in Washington to stay up-to-date" on key members of the next administration.

© Sputnik
US Aerospace Firms Face Brighter Business Prospects in Trump Presidency - Fitch
US President-elect Donald Trump will have to fill more than 4,000 government jobs in the coming months. US defense contractors clearly intend to "keep their finger on the pulse" when it comes to new appointments, as the analyst put it.

Wesley G. Bush, chief executive officer and president of Northrop Grumman, maintained that the Pentagon will invest in rearmament initiatives, Plekhanov noted. Bush is said to have expressed hope that the US Department of Defense will focus on replacing obsolete systems and financing major infrastructure projects.

© Sputnik /
'Mad Dog' to Rule the Pentagon
"Bush expects the Pentagon to modernize nuclear infrastructure and replace the Minuteman intercontinental ballistic missiles manufactured by Boeing. This project could cost US taxpayers $85 billion and Northrop Grumman plans to take part in the tender," Plekhanov explained.

Raytheon CEO Thomas A. Kennedy mentioned that the Trump administration will pour money into the Third Offset strategy designed to counterbalance technologically-savvy adversaries like Russia and China. Moreover, the government is expected to award more top-secret contracts when it comes to innovative defense capabilities.

"It is too early to discuss specific figures and priority initiatives," the analyst narrated. "Richard A. Cody, Senior Vice President of Washington Operations at L-3 Communications, said that the Pentagon's budget will not drastically change in 2017, but it will grow by 2-3 percent in 2018 and by 4% percent in the next five years."