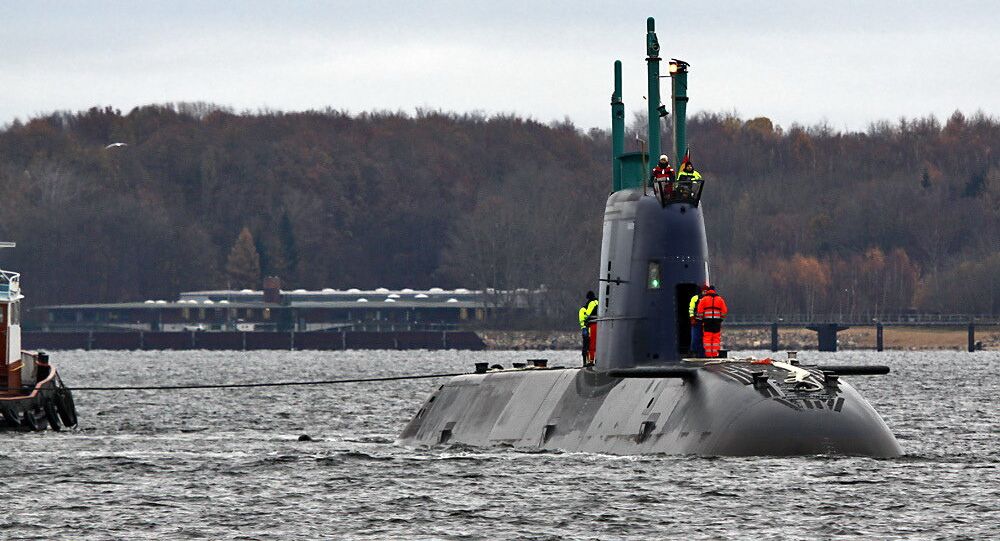 Israel wants to buy at least three more submarines capable of launching nuclear missiles to replace the oldest vessels in its fleet, some of which have been in service since 1999.

© Sputnik / Mikhail Klimentiev
Putin, Netanyahu Express Commitment to Further Development of Russia-Israel Ties - Kremlin
According to a report by the Israeli newspaper Maariv, the country is secretly preparing to purchase three Dolphin-class submarines from Germany at a total cost of $1.3 billion. This purchase will come in addition to its existing contract for six German submarines, the last of which is due for delivery in 2017.

"The new submarines are said to be more advanced, longer and equipped with better accessories," the newspaper report said.

The Israeli Defense Ministry refused to provide an immediate response.

While Israel pursues a policy of neither acknowledging nor denying its nuclear weapons capabilities, the Dolphin submarines are reportedly able to carry and launch missiles equipped with nuclear warheads.

© Flickr / Kevin Harber
US Construction Company Wins Over $64Mln US Army Contract for Project in Israel
According to various foreign military experts' estimations, Israel is currently in possession of some 100 nuclear warheads and some 200 missiles to deliver them; however, this information has never been publicly acknowledged. Israel insists the submarines' main goal is to provide the country with intelligence capabilities that no other kind of weapon can offer.

"Submarines bring a level of intelligence to Israel that cannot be achieved by other units," a senior Israeli military representative said in an interview with the Jerusalem Post in 2014. "A submarine can stay in enemy territory for weeks, and no one knows it's there."

In addition to the submarines, Israel reportedly plans to upgrade its entire surface combat fleet. New German-built Sa'ar-6 corvette warships are expected to join the fleet over the next few years, and new radars with electronic warfare systems are being installed on existing Sa'ar-5 and Sa'ar-4.5 ships. The total cost of four Sa'ar-6 corvettes is estimated as 430 million euros ($468 million).

Is the CETA Deal Dead? | Israel Concerned Over Last Minute Action From Obama